by Peter Knox
in Interviews, UFC
37 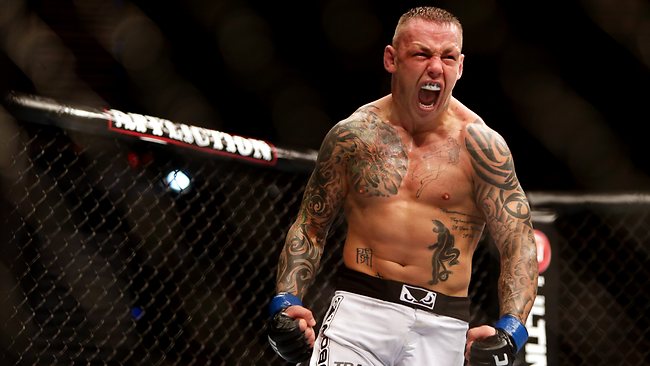 The UK’s own Ross Pearson recently chatted to Alexander Speirs over at 2on4 Sports and they covered a multitude of topics including his controversial defeat to Diego Sanchez, his recent losses, who he wants to fight next and who he’d consider a dream fight.

Check out the interview below or on the 2on4 Sports website;

“I was really pleased with the way I performed in the fight with Diego. The way that I handled him and the way I composed myself during the fight was exactly as planned. I stuck to my gameplan and I was switched on, I felt great in there.”

“After the fight, speaking to my corner, speaking with Joe Silva – it seemed like a done deal. I even looked out of the cage to [commentators] Kenny Florian and Jon Anik and asked them what they thought – they both told me I won three rounds to zip. In my mind, waiting for Bruce Buffer to announce unanimous decision Ross Pearson was a formality. Then when I heard, ‘Pearson 30-27’, I was just thinking no, no, no, no, not again.”

“I think it’s gone down as the worst decision in combat sports history.”

“After they read the decision, I had no words to say. I was shocked. What was I meant to do? It was just pure shock, so much so that it was funny. My head coach, Eric Del Fierro was just laughing. For a fighter, losing a fight – it’s the hardest thing in the world. Winning is the only thing. It’s the only thing you can think about, before the fight, after the fight and when I feel like I won but the judges say I lost, it’s hard to take. It makes me think, shit, what am I doing wrong?”

“Thankfully the UFC reached out and put me in a good place. I’ve still got the confidence that I won that fight and I’m looking forward to getting back into the cage. I’ve got no injuries, I’ve been back training like normal and I’m ready to go. I’m riding the confidence streak. I haven’t lost a fight in a long time. I feel really good.”

“The positive thing is that it hasn’t done me any harm really. I’ve got a lot press and a lot of media attention around this fight. People are going to tune in and watch my next fight. In the long run yes, I still have the loss on my record – but records are for DJ’s, I’m a fighter. As long as the UFC keeps thinking what I’m doing is good, what have I got to be worried about?”

“I’ve got one fight left on my contract with the UFC and I’m looking to push myself to the top of the division. I’ve been in the UFC for five years now and I’ve had twelve fights during that time.”

“I wanted to fight Joe Lauzon, I really did. Nate Diaz too would be a great fight. But Joe Silva has never offered me an opponent and not had me sign on the dotted line. I’ve never turned anyone down. He knows if he brings a fighter and tells me to fight this guy here now, in his hometown, wherever, whenever, I say yes. Whatever the UFC asks me to do, I’ll do that.”

“For me, Takanori Gomi would be my dream fight. I’ve been a fan of his for so long, following him through his glory days in PRIDE. That’s a personal fight against someone I’d really like to test myself against. He’s dangerous and he’s been in there with some of the best in the world and I want to test myself against opponents like that.”

“Fighting Takanori Gomi would be an honour and if he ever wants to do that, I’d be more than happy to sign that contract. It’d be an absolute honour to fight him.”

Conor McGregor Behind The Scenes