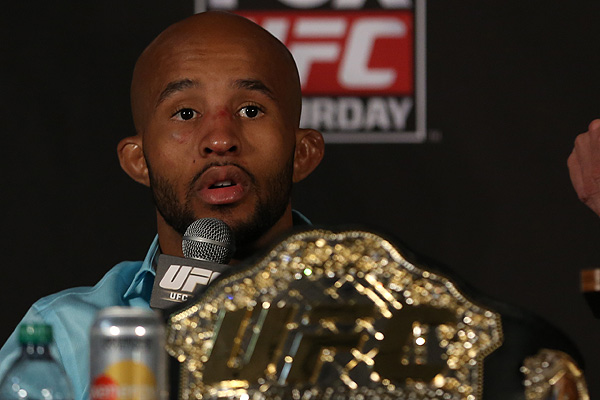 In an announcement that shocked quite a few MMA fans, UFC today announced that Flyweight Champion Demetrious Johnson will now be defending his title against UFC veteran Chris Cariaso.

Johnson was originally expected to defend his title against the lightning fast John Dodson but unfortunately he required ACL surgery to fix a nagging knee injury, the recovery time for that is expected to be at least a year.

Cariaso is riding a three-fight winning streak but is an odd choice of opponent seeing that he has often fallen short against top rated competition with his standout wins being victories over Takeya Mizugaki and Vaughan Lee. Cariaso may look to the UFC 177 headliner T.J. Dillashaw for inspiration as many wrote him off before his 5 round TKO domination of Renan Barao.

UFC 177 takes place August 30 at Sleep Train Arena in Sacramento, California with the headline fight a rematch between the Bantamweight Champion T.J. Dillashaw and the man he defeated for the title Renan Barao.