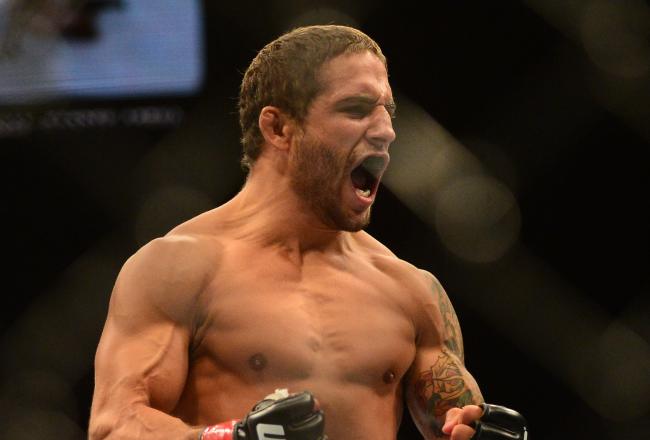 Speaking during his appearance on the Sherdog Radio Network’s ”Beatdown” show, Chad “Money” Money put his view across on what he thinks cause his main event fight against Jose Aldo to be postponed when Aldo withdrew due to injury at the now cancelled UFC 176 and Mendes feels this may be down to him using performance enhancing drugs [PEDs].

“I feel like this happens to me a lot, like I have a curse or something. It sucks,” Mendes said. “I definitely do [think Aldo’s using PEDs]. This is something that’s been ongoing, but for him to all of a sudden just drop out — I mean he drops out of a lot of fights — but I think it’s pretty coincidental.”

It seems a week rarely goes by without another fighter testing positive for some kind of PED and Mendes supports the UFC and athletic commissions implementation of random drug tests.

“I’d probably say at least 80 percent of fighters are probably taking something,” Mendes said. “You know, there’s guys that are coming back from injury trying to take it. Whether it’s them trying to survive, pay their mortgage, pay rent or whatever — or guys just trying to get that full advantage to be at the top. So yeah, I think there’s a lot of people taking performance enhancing drugs.”

“I like it [random drug testing]. The only thing I question about the system is what do we do about guys that are out of the country? Guys in Brazil, guys in Japan, can we trust those random drug tests?” Mendes continued. “I was thinking about this the other day: If someone were to knock on Aldo’s door in Brazil and say, ‘We need to give you a random drug test,’ and he says ‘Here’s $1,000, go away,’ it’s done. I feel like something like that could happen very easily. I just want to know what the system would be — how could we trust that it’s going to be fair everywhere?” 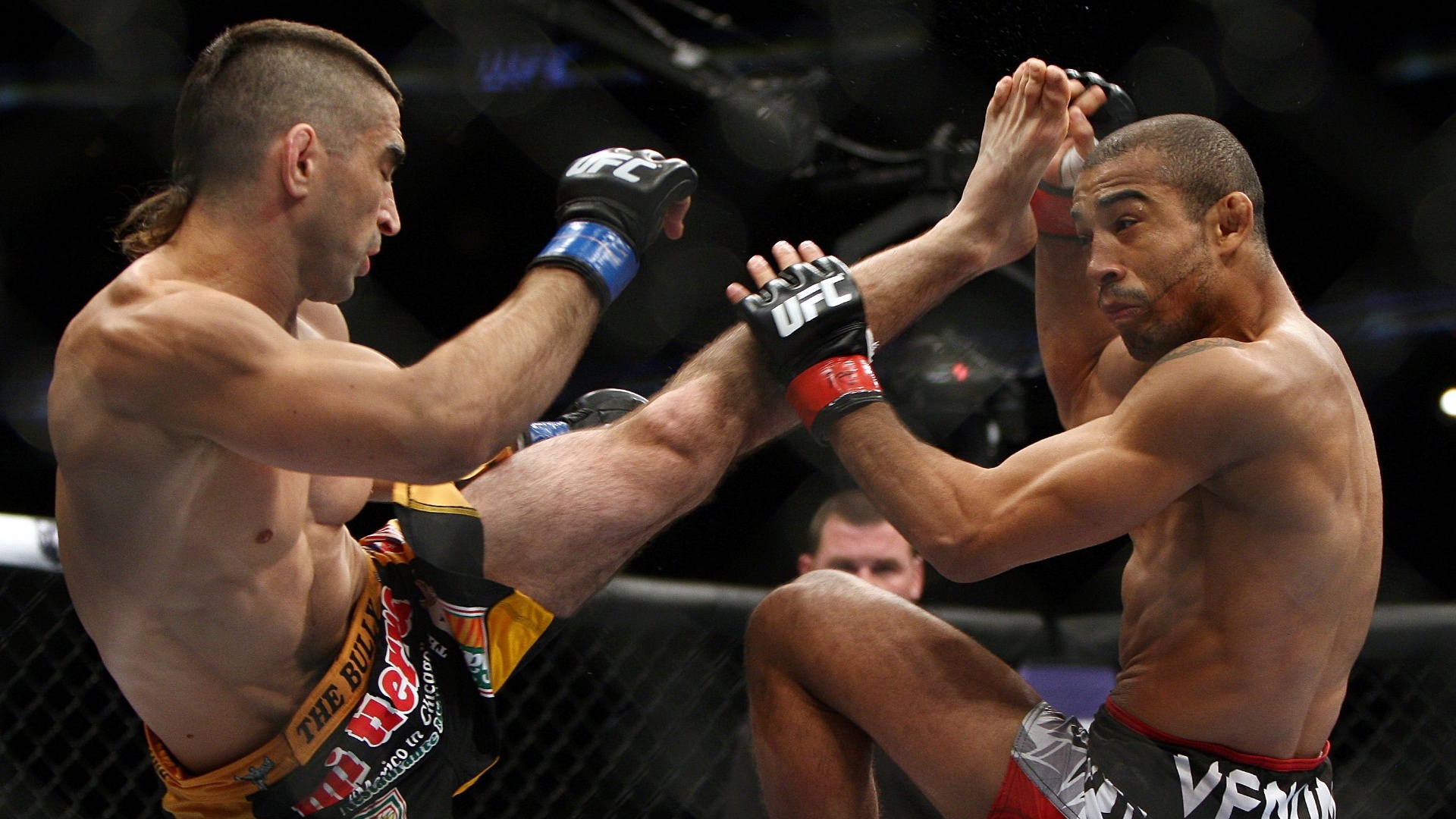 On hearing the news that their fight would be postponed, Jose Aldo came out and accused Chad of using supplements to avoid injuries. Some fighters may be angry and take an accusation like that very personally. Mendes sees it differently, he believes he’s now in Aldos head and winning the mind games.

“The first time I saw that, for me, this is huge in my mind. He’s reaching big time. We have never seen Aldo lash out like this; we’ve never seen him lose his temper. I am in his head. I own him right now,” he said.

“This is huge for me. This is huge for me getting in there and taking that belt from him. I’ve never seen him talk like this about anybody. He’s being very disrespectful,” Mendes said. “I’ve never been caught red-handed or anything. It’s funny to me that as soon as the whole random drug testing started popping up, the next day he is injured and out of the fight. If anything, I could throw that in his face, but whatever.”

The fight may have been postponed but a date and venue are still undecided. Both fighters naturally want to compete on home soil but according to Mendes, Aldo’s push for the fight to be in Brazil stems from something else.

“So this is the thing: We’ve got all this random drug testing, all this stuff that’s going on, testing for EPO, HGH, all this stuff now — they can get away with that stuff over in Brazil. This is why he wants me to be in Brazil and fighting in Brazil, [because] they can do all that kind of stuff there. For me, I want this to be a fair fight. I went there first; I fought him in his backyard. I think it’s only fair he comes here and fights me in my backyard. Let’s make it one and one and see what happens. We are still working on it. I talked to [UFC matchmaker Sean Shelby] a little bit. It’s a 50/50 percent chance it could end up in Brazil. We are trying obviously to get it pushed here. We don’t know for sure.”

When they’ll finally meet is anybodies guess but if this current war of words is anything to go by we’re in for an exciting, emotion filled championship fight.