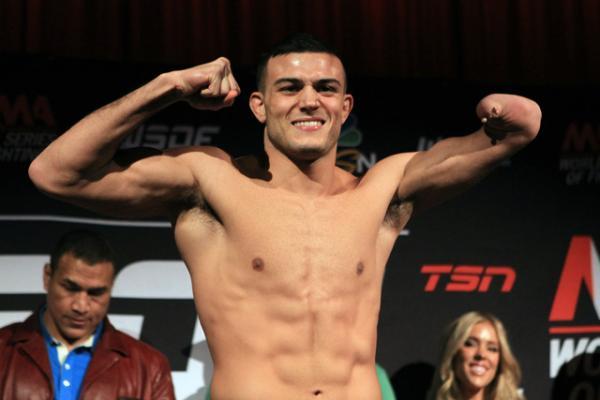 On July 5 Nick Newell took on Justin Gaethje at WSOF 11 for the World Series of Fighting lightweight title. Undefeated and riding a wave of hype Nicks confidence must have been at an all-time high after already winning gold during his XFC days, he knew he could win more. However things didn’t go to plan.

Newell left WSOF 11 with the first loss of his career as Gaethje finished him via knockout in the second round. But speaking to Sherdog earlier this week, Nick feels a rematch is in order and he pointed to a pair of illegal knees to his head while he was groused towards the end of round one as his reasoning

“Always being the good guy and taking the high road, it sucks sometimes, especially in this situation. I wasn’t given a fair shake and I got robbed of a great opportunity.”

“I’m not saying that I would have won had it not happened,” said Newell. “I respect Justin. He’s a great fighter, but I was winning the fight up until it did happen, and it happened, and it changed the fight. There’s no ifs, ands, or buts about it. It was a huge momentum swing. It went from me winning, to me just getting destroyed. I don’t even remember the fight after the knee. I don’t remember anything my corner said to me or anything.” 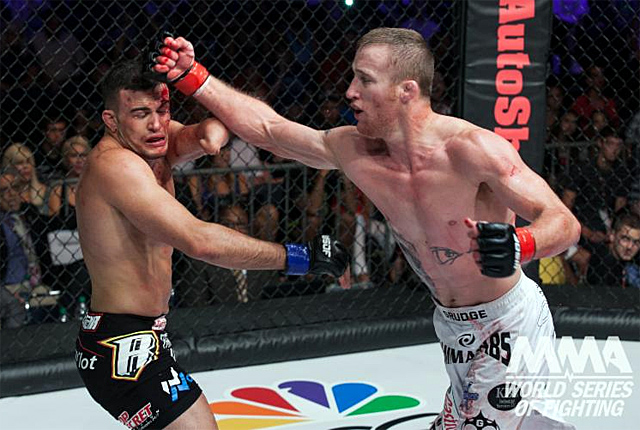 Though he feels the knees cost him a win, Newell believe they are just a small part of a much bigger problem in MMA. Yes, you guessed it…bad referees.

“We aren’t playing horseshoes over here. It’s a violent sport, and it’s a referee’s responsibility to catch something illegal that could hurt someone. It cost me half my paycheck and it cost me a world title,” Newell continues. “It’s a really shitty situation for me and something that I have to deal with, and it’s something I am trying not to dwell on too much. One thing I pride myself on is being a good sport and, win or lose, you just have to accept it. But, in this situation, it’s very different because I just had some really bad luck in this one.”

Unfortunatly for Newell the WSOF recently announced Gathje Vs. Melvin Guillard will be the next fight for the title but ‘Notorious‘ isn’t bitter and will work hard to get back into contendership.

“I honestly think I deserve a rematch, but I am not going to be bitter about. If they want those two to fight, I think I should only have to win one more to get back in contention. There’s plenty of good guys in the division that I haven’t fought yet. I am down to fight whoever they want me to fight, I just want to work my way back into title contention as soon as possible and show everyone what I am really capable of.

“I’m not mad at Justin. I want to fight whoever wins between him and Melvin. I want the belt. The belt is what motivates me. But I would rather have a rematch with Justin, rather than fight Melvin… That’s purely based off the fact that he has beaten me. Isn’t that what everyone wants? To wipe the slate clean? I am more determined than ever.”