McGregor Ready To Steal Show At Fight Night 46 In Dublin 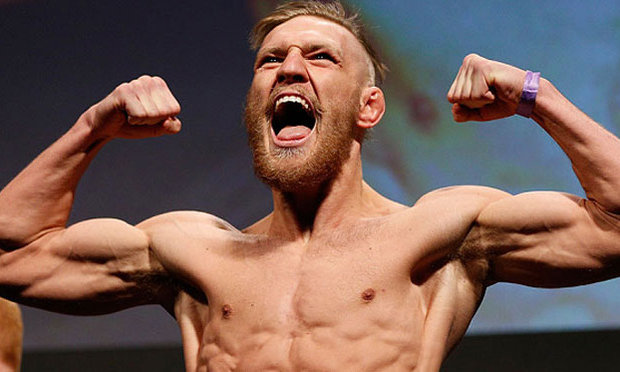 Conor McGregor is ready to steal the show at this Saturday’s UFC Fight Night 46:Dublin event!

This Saturday, we will see McGregor take on Diego Brandao in his homecountry of Ireland which is bound to be a night to remember. If McGregor walks away with the win, this could put him in line for a Featherweight Title shot.

The event sold out in minutes and when the BBC caught up with him, this is what he had to say:

“This is what kept me up at night,” he said, during a break from training. “Those thoughts of headlining a card and bringing the UFC back to my home country and showing Ireland what this sport is all about. Not a lot of people here knew about this sport before me – now everybody knows.”

McGregor has always had character and when it comes to interviews, he is a very outspoken fighter which attracts a lot of attention from other fighter’s and fans.

All of that makes him a valuable asset to an organisation like the UFC, where the business is selling fights.

“I want them all to want to fight me,” he insisted. “It creates interest. It creates drama. It creates big fight nights. It is exactly how I planned it.”

This Saturday is set to be the biggest event yet in Ireland. I personally would love to see McGregor get a shot at the title if he comes off with a win from this fight!