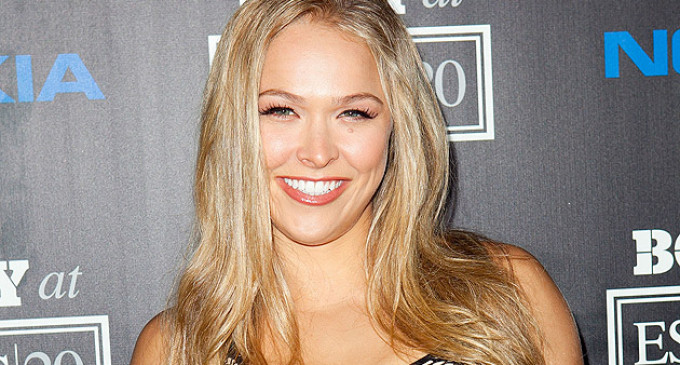 The UFC‘s undefeated women’s bantamweight champion Ronda Rousey has been awarded the title of ‘Best Female Athlete’ at the 2014 ESPY Awards (Excellence in Sports Performance Yearly Awards). The awards, presented by ESPN, marks a first as Rousey becomes the first UFC fighter to be win an ESPY.

Since arriving in the UFC Rousey has defended her bantamweight title four consecutive time most recently knocking out Alexis Davis in a just 16 seconds in one of her most impressive performances.

Other UFC fighters were also nominated with awards but ultimately fell short. Ronda along with UFC light heavyweight champion Jon Jones were both nominated for Best Fighter at the 2014 ESPY Awards, however undefeated boxing champion Floyd Mayweather took that title.

Chris Weidman was also in the mix, nominated for the biggest upset, but the UFC middleweight champion missed out as Mercer hoops team got the award for its defeat of Duke in the NCAA Tournament.