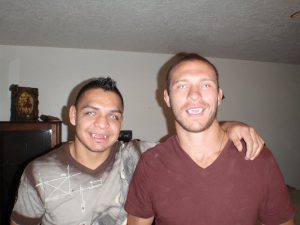 Tonight, Leonard Garcia is headling Legacy FC 33. And like his teammate and best friend who fought earlier this week on Wednesday’s UFC Fight Night 45 as headliner The Cowboy Donald Cerrone; Garcia won’t have head trainer Greg Jackson in his corner.

Garcia said he and “Cowboy” opted to have training partners corner them rather than the famed trainer, though he said Jackson understood their rationale.

“Those are the guys that really know what we’re doing,” Garcia said while discussing his cornermen for tonight’s event. ” … It’s kind of hard to stick somebody in there who hasn’t really been watching (every training session) and expect him to know everything his training partners know.”

Will we see Leonard make his way back to the UFC?

Wanderlei Silva Responds To Luke Barnatt Calling Him Out