It was no secret that the Irish crowd have made an impression on the UFC officials, owners and fighters as many of them have tweeted throughout the day of how the Irish crowd have outdone the well known and ferociously passionate Brazilian crowds. The Irish Green Dragon roared around the arena before lighting a fire underneath Ireland’s favourite sons who were gladiating in the arena of champions. No doubt helping fuel them all the way to victory. In particular Cathal Pendred who took a vicious beating in the first round and showed the true heart of a lion to survive a violent onslaught and come back and win the fight.

I was lucky enough to have a brief conversation with UFC referee Leon Roberts. Leon and I met before at Ultimate Impact 12 Gloucester where he was overseeing several title K-1 and MMA title fights from the talented regional circuit. Leon was nothing but a true gentleman and if you need to see an example of him in action; check out the youtube video where he stops a fighter with a Rear naked choke who refused to stop striking his opponent when the fight was over.

A top quality ref, and a top quality human being as well. It is a pleasure to be able to speak to Leon and get such an up close view into the atmosphere.

I am a huge fan of Leon’s as you can probably tell and with good reason. It’s amazing to hear first hand what’s like to be stood in the centre stage with these warriors and soaking up all the cheers.Guys like Leon have one of the toughest jobs in MMA other than the actual fighting itself. They get crucified when they mistake but rarely get praised when they do a fantastic job more often than not. Leon Roberts is a man you can feel safe in the cage with, he commands it with the calculcated precision of the Last emperor. No event in the cage will phase this man, he is ready and able to act on immediate reaction as he has proved in the past. 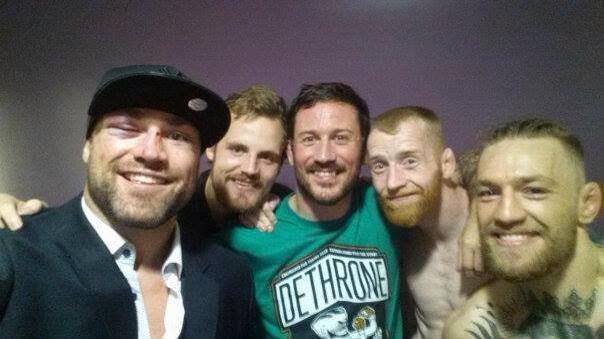