Gustafsson OUT Of UFC 178. Cormier in to Fight Jones 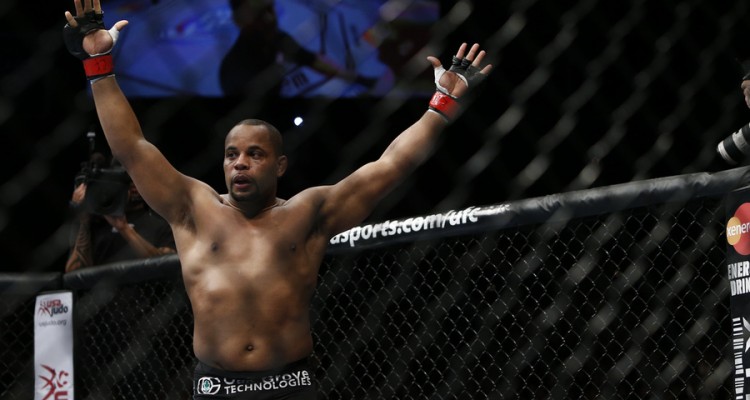 Bad news fight fans. The hugely anticipated rematch between UFC light heavyweight champion Jon Jones and Alexander Gustafsson has been postponed due to Gustafsson suffering an injury earlier this week during training.

Originally slated to headline UFC 178 in Las Vegas on September 27 but will now have to come at a later date. But it’s not all bad news. A challenger has emerged and Daniel Cormier is that man. UFC officials made the announcement of the main event switch to Jones vs. Cormier earlier today.

Cormier, unbeaten in his professional MMA career, is a two-time Olympic wrestler and former heavyweight contender. He dropped to 205 pounds in order to earn a shot at UFC gold and since doing so has dominated both Patrick Cummins and Dan Henderson in back-to-back outings. Cormier was expected to be out until 2015 to undergo knee surgery, but those plans have been put on the back burner now he has been given this huge opportunity. Cormier has never hidden his ambition to take on Jones and believes he’s the man to give Jones his first real defeat. (Jones only loss was via disqualification in a fight he was dominating against Matt Hamill)

“Jon Jones, you can’t run away from me forever, I’m the kid at the wrestling tournament that is always in your bracket. No matter where you go, I’m coming. You better hurry because I’m getting better.” Cormier told Joe Rogan during a post fight interview.

Jon Jones has been the champion since 2011, breaking title defense records (7 successive) and has wins over former champions Quinton Jackson, Lyoto Machida, Rashad Evans, and Vitor Belfort without any of them really testing the youngster. The only time he was truly tested was his fight against Gustafsson in 2013 at UFC 165 where he won via unanimous decision though many fans felt he lost.

Will Cormier be the man to dethrone the champ? Will we have to wait for Jones Vs. Gustafsson 2 for a new reign? Or will ‘Bones’ rule forever? Only time will tell.