by Peter Knox
in MMA News
24 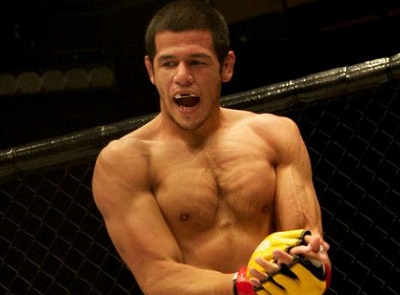 Cage Warriors have today announced the addition of 5 more fighters to their ever growing roster!

Cage Warriors, which returns for its 9th event of the year on the 16th August can now boast an over 150 fighter roster and growing at a very rapid rate.

1. Newman (10-4) is a top-ten-ranked UK lightweight who has a 2-0 CWFC record, with the most recent of those wins coming via first-round submission against Greg Loughran at CWFC 49.

The 31-year-old Welshman said: “I’m extremely happy to have signed with Cage Warriors Fighting Championship and I’m looking forward to making a challenge for that lightweight world title.”

“Cage Warriors has a very strong welterweight division but I’m looking forward to being a part of it, and I’m excited to make my debut,” said Westin, who has taken all but one of his wins inside the distance.

3. Suarez (15-6) is an eight-fight veteran of the M-1 promotion who impressed on his CWFC debut earlier this year at CWFC 64, despite dropping a decision loss to Danny Roberts.

The 35-year-old Spaniard, who has taken 12 of his 15 victories by stoppage, said: “Signing with Cage Warriors is a huge opportunity for me and I’m looking forward to competing against the best in Europe.”

4. Weibel (8-2), a former welterweight who’s set to move to the 155lbs division, will be keen to pick up his first CWFC win when he returns to action for the first time since his CWFC 64 decision defeat to Matt Inman.

“I’m proud to have signed with Cage Warriors and I’m really excited about the prospect of making a good impression for Europe’s top promotion,” said the 28-year-old Swiss fighter.

5. Brander (7-1), a fellow countryman of Weibel’s, recently returned to winning ways after tasting defeat for the first time in his career against Nad Narimani in London this past February.

A 26-year-old featherweight who has taken all of his wins inside the first two rounds, Brander said: “I appreciate the chance Cage Warriors has given me and I promise to make my mark on the 145lbs division.”