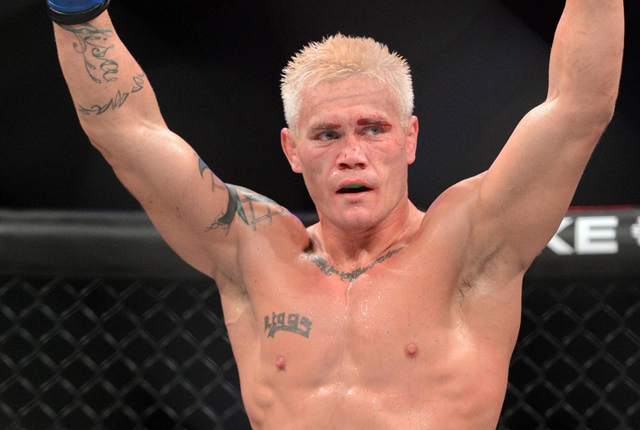 MMA veteran and recent winner of Bellator’s “Fight Master”, Joe Riggs, is returning to the UFC!

Originally sourced by Combate.com although the UFC is still to confirm this replacement.

Riggs, who’s racked up 55 pro fights in 13 years despite being just 31 years old, returns to the UFC for the first time since 2006. He carries with him a six-fight winning streak, which included a recent Bellator 106 win over Mike Bronzoulis to win the first season of “Fight Master.” A veteran of organizations such as the UFC, Bellator, WEC and Strikeforce, he owns 36 stoppages (20 knockouts and 16 submissions) in 40 career wins.

“Diesel” meets a fighter in desperate need of a victory. Thiago, a 33-year-old Brazilian who fights in his home country for the fourth consecutive time, has lost two straight and four of his past five, all in the UFC. Overall, he’s just 2-6 since some early UFC success against the likes of Josh Koscheck and Mike Swick.