Nick Diaz Is BACK! Signs 3 Fight Deal With The UFC 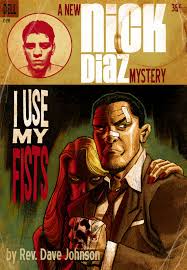 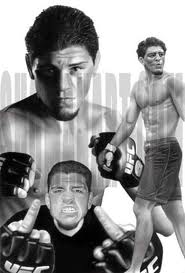 **update** – Mixed reports, Dana has said a 2 fight deal but we’ve seen sources confirming a 3 fight deal. We will keep you posted

News just in from Dana White that Stocktons finest is back in the UFC. He has signed a 3 fight deal with the promotion. He’s targeted for an early 2015 return, though Diaz (26-9 MMA 7-6 UFC) suggested he could be back even sooner.

“I’ve been doing a whole lot of not getting punched around-type stuff,” Diaz stated. “I’ve been staying in shape pretty good, doing a lot of running. It’s been a good experience having this much time off.”

And when asked about his return.

“Next year I guess, whatever though,” he stated. “I can fight tomorrow, tonight. You have to do what you have to do. … [I came today] to sort things out with Dana White and Lorenzo [Fertitta].

“It was hard times for a little bit, but people act like I’ve been doing nothing. I’ve been getting some things done. Just because I’m not getting punched around every day doesn’t mean I’m not focused on what I’m doing. Now, here we are.”

Diaz has been out since his failed title shot against welterweight mogul George St-Pierre in March last year. Dana White has said Diaz has turned down several shots and stuck to his retirement. It appears that he has changed his mind and wants to make some paper. I’m just happy to see him back, don’t miss any press conferences though Nick.

Who do you want to see him fight? Comment Below!