Conor McGregor: I Will Be Featherwight Champ By The End Of The Year 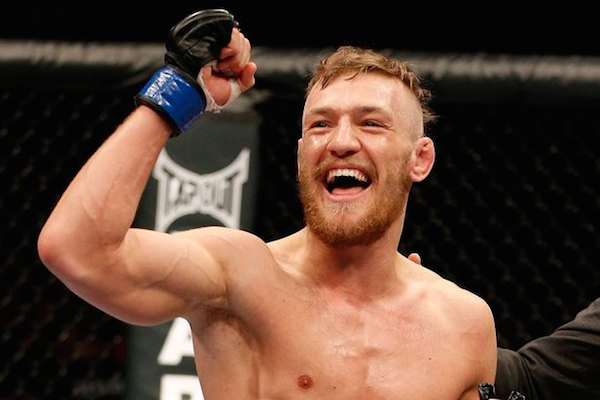 Following his impressive performance at UFC Fight Night 46 in Dublin, Ireland this past Saturday, 26-year-old rising star Conor McGregor says he’s “taking over the game” and vows to be UFC Featherweight Champion by the end of the year. In a recent interview with MMA Fighting, the Irish fighter confidently states that he’s not surprised by his recent success.

“It doesn’t seem surreal. I believed it in when others would not. I had that clear, clear vision..I seem to have the habit of predicting the future. I have these visions and they seem to come true. I’m never going to doubt them and no one else should, either.”

The interview took place prior to Fight Night 46, so he’s already putting his money where his mouth is.

McGregor is officially booked to face #6 ranked Dustin Poirier at UFC 178 on September 27th and already has his sights set on the big prize.

“I have a clear, clear vision that the UFC champion belt is around my waist by the end of the year,” he said. “By the end of 2014 and I don’t know why but it’s clear as day that the belt is wrapped around my waist.”
“I’m coming for all of it. I’m coming for the gold. I’m taking over the game. You just sit back and relax and watch me take over the game.”

Great to see so much confidence from a fighter, especially an Irish star. Let’s hope he keep his recent great form and puts his money where his mouth is. He definitely has the support to back it!