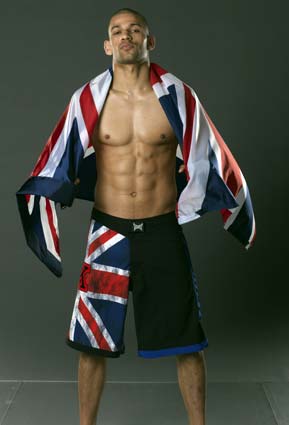 Andre Winner, born on the 9th November 1981, is a British MMA fighter of Grenadian origin. Winner was born in Grenada by a British father and Afro-Carribean mother. He moved to Leicester, England at the age of 7. At school, Winner was very athletic and involved in various sports. He never had his eyes set on becoming a mixed martial artist. Winner began self defense classes at Leicester Shootfighters where he met other MMA stars, Dan Hardy and Paul Daley.

Winner attempted to get on the 8th season of The Ultimate Fighter but failed. He then tried again for 9th season and successfully got on the show. To get into The Ultimate Fighter house, Winner fought Gary Kelly. Winner won by knockout while working Kelly in the clinch. Winner then flew to Las Vegas to compete under coach Michael Bisping against the US team. He advanced to the semifinals of the lightweight tournament after defeating Santino Defranco by TKO in the first round. Winner then had his last fight on the show defeating Cameron Dollar by submission in round one. The win over Dollar put Winner in the finals to fight teammate, Ross Pearson. 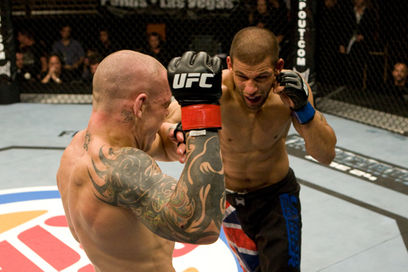 Winner fought Ross Pearson at The Ultimate Finale 9 in Las Vegas, Nevada. Winner lost by unanimous decision, along with losing the six-figure contract.

Winner was scheduled to face Cole Miller on 31 March 2010 at UFC Fight Night 21. However, Miller was forced off the card after suffering an injury. Rafaello Oliveira was later confirmed as his replacement. Winner won via unanimous decision.

At UFC 118, Winner‘s fight was selected to be a part of the SpikeTV broadcast. He fought Nik Lentz, losing via unanimous decision after being out wrestled for all three rounds.

Winner then faced Dennis Siver on 13 November 2010 at UFC 122. He lost the fight via submission in the first round.

Winner lost to Anthony Njokuani on 2 July 2011 at UFC 132 via unanimous decision. Following the loss, Winner was released from the promotion.

Winner recently signed a contract with British promotion BAMMA. His first fight on was at BAMMA 7 against BAMMA veteran Jason Ball. Winner won the fight via unanimous decision.

Winner next competed in a Lightweight Title Eliminator bout against Diego Gonzalez at BAMMA 8. He again won via unanimous decision.

Winner next faced Rob Sinclair for the BAMMA Lightweight title at BAMMA 10, the first MMA event to be shown on Channel 5. Winner lost the fight via split decision.

Winner is currently on a 4-fight win streak within UK MMA promotions. This Sunday (27th July 2014), Winner is taking on also ex-UFC fighter Colin “Freakshow” Fletcher at K1ngs For Glory at Rainton Meadows Arena in Houghton le Spring, UK. The fight is a K-1 rules bout.

Hopefully Winner can keep his winning streak going and go to bigger and better things again!