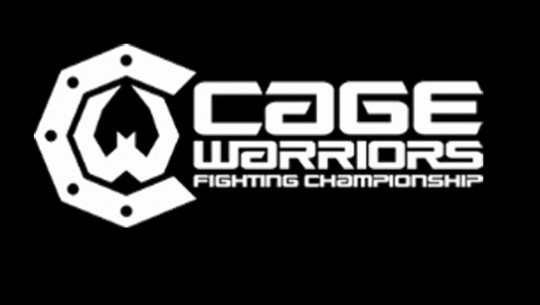 It’s fair to say that when it comes to world recognised MMA promotions, that Cage Warriors is certainly making a huge name for themselves.

Cage Warriors, founded in 2001, has seen some of the biggest UK-born MMA stars rise to stardom from originally fighting under their banner. The likes of Michael Bisping, Dan Hardy and Conor McGregor to name just a few.

With most MMA promotions staying local to the country that they originate, CW have gone completely out of the box and are one of the few worldwide promotions to take the name abroad with 2013-2014 seeing the CW name put on 26 events spread across 12 countries.

So, with this all being said, there is no doubt that Cage Warriors are looking to progress and take things even further and what better way to do that than to sign a terrestrial TV deal with Channel 4!? Yes, you heard it right, Cage Warriors is soon to be airing their shows through huge national television company . Not only is this going to be great for the current MMA fans of the UK, but also give an easy accessible channel for aspiring MMA fans to gain more knowledge and inevitably add even more MMA fans to the already fastest growing sport in the world.

Channel 4 is set to air the first Cage Warriors event on August 16th which is to be taken place in Dublin, Ireland. This is to be the first event of the remainder of 2014 shows that will be shown on Channel 4.

As a patriotic and some what old school Englishman, I have had enough with my fair share of sporting dissapointment. It’s fair to say that we have wathced our teams get kicked from pillar to post around the world, most recently the disaster that was the England world cup. I see all the comments all over the internet and people talking saying how footballers don’t deserve their wages, how depressing the British sports scene is. Well, this is the time for mixed martial arts to shine. Boxing has been slowing down for years and with the lack of the same calibre of great fighters and characters, there is a window for educating people on the growing behemoth that is mixed martial arts.

After any event I have been too, whether big or small scale, at the end of the night I can safely say ‘those guys earnt their wages’. With the grand scale of a national tv network to broadcast the quality of entertainment that these guys can provide, and the level of natural talent. Without a doubt the explosive shows that Cage Warriors put on will captivate and convert more of the general public into MMA fans. At least educating the ones who still cling to the archiac ideal that MMA is no holds barred human cockfighting.
Now that your familiar with the promotion it’s time to tell you about a few of their fighters too watch out for. We have the Top 3 Cage Warrior prospects, who without a doubt we will see fighting on some of the biggest stages in the world in their near future. Cage Warriors is packed with talent from all over the world but here we’re going to focus on these British based beasts.

Firstly we have Alex Enlund. The shine of the tyne from South Shields. Alex is 27 years old and fights in the 145lb category. He has a professional MMA record of 10 wins and 2 losses and impressively none of his fights have ever gone the distance. In fact, 9 of his 10 wins are in the first round; needless to say this grappling wizard from the north is a very dangerous young man and is without a doubt one too look out for. The Tyne and Wear strangler has the talent to be a future champion and we’re very excited to have a home fighter of his pedigree fighting on British National TV. Alex fights out of Sixth Sense is a BJJ brown belt and incredibly technical submission artist. It’s a terrifying thing to be rolling on the mat with a guy like Alex. He is a methodical and calculated technician in the cage and I guarantee it will be pleasure for us to watch him wreak havoc on his way too the top. 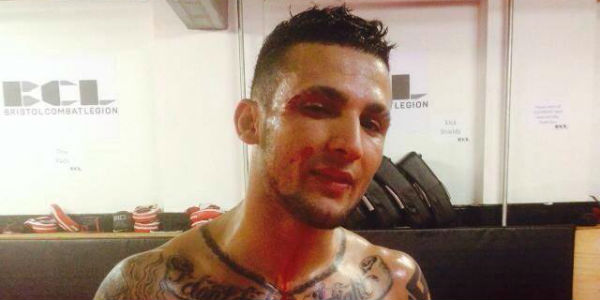 Next up we have one of the baddest from Bristol, Mario ‘Rudeboy’ Saeed. This 5ft 10 lightweight is also known as the arm collecter. Mario is a very exciting and dangerous fighter with a very lively personality to match. Few fighters I see have the a genuine unrelentless passion that this man does. Mario’s record is 5 wins and 2 losses, though his most recent fight, which was a close decision loss to highly touted Sean Carter; was a fight that Mario took on 3 hours notice against a top prospect. Mario gritted his teeth through the ranks of Ultimate Impact and now he is ready for his next big stage in Cage Warriors. Mario is another grappling wizard who has finished 4 of his 5 wins via armbar. I’ve met Mario and I can honestly say that his dedication to his training and his work ethic is astounding. I know he is desperate to fight again, and will have an exciting fight announcement soon. I have met Mario on several occasions and I know that his fire burns bright, and I fear for the man that tries to put it out. Fighting out of the highly acclaimed Trojan Free Fighters camp with other top fighters such as Bellators Stuart Alois Austin and former UFC fighter and cage warrior Che Mills. Mario is the former Ultimate Impact Lightweight champion who vacated his belt to fight with Cage Warriors. 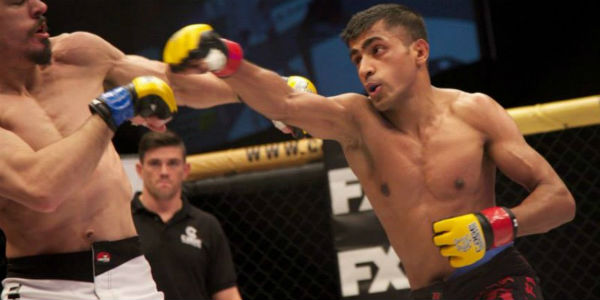 Finally, we have Shaj ‘Superman’ Hague. This 5ft5 pocket monster is a flyweight who has a pro record of 5 wins and 1 loss. All of his fights have been to decisions but don’t let that fool you, they have been exciting action packed wars. 5 of his fights have come under the Cage Warriors banner and he has gone 4-1 with the organisation. ‘Superman’ has been fighting with the cream of the Cage crop since the start of his professional career. With already an hour and a half of in cage experience you can guarantee that Hague will be fighting at a experienced and composed level and pace. I’ve watched Hague’s last few fights and he has very technical striking and footwork. He is very good at executing a gameplan and sticking to it throughout a fight which makes him tough and frustrating for his opponents to fight. Watching Hague backing fighters up with his jab and then trying to get the close with his big right hand makes his fights constantly exciting. Hague was the Kamikaze and fightfest featherweight champion, and has fought at bantamweight before settling as a flyweight despite his success at higher weight classes. Hague is obviously very dedicated to his cause, and with his team Fighting fit MMA he is without a doubt another one to watch.

Now you’ve been told about these prospects, go on Youtube and check out their fights! We will have exclusive in depth and up close interviews coming up as well as we will be keeping everyone up to date with these fighters careers and progress through the Fightstorepro website and MMA UK’s social media.