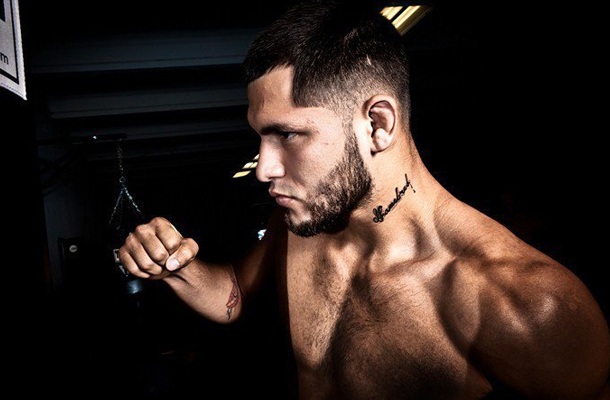 Jorge Masvidal weathered the early storm against Daron Cruickshank at UFC: Lawler Vs. Brown and came through it to eventually do enough to win a unanimous decision victory in the eyes of the judges. But it could have been so much different.

In the first round the man they call “Gamebred” took a clean shot to the jaw via a mean Cruickshank right hand that dropped him. However Daron seemed hesitant to capitalise, allowing Masvidal to recover, get back in the fight and ultimately turn things in his favour. He took Cruickshank down to the mat, controlling him and dominating the fight for the next two round and it was clear to see he would win the decision.

In an interview ollowing the fight, Masvidal made it clear that he’s aiming higher for his next fight. He wants lightweight contender Donald Cerrone who himself has just come of a victory over the ever-tough Jim Miller.

“I knew I won the fight. I mean the first round was close but it’s hard not to give me the other rounds when I’m just dominating from the top. He did catch me clean in the first round, but I woke up immediately and went back to work. I want Donald Cerrone next. He needs a fight and I need a fight; it makes sense.” said Masvidal.

Will Masvidal get his desired match up or do you think someone else is in store for him? Let us know your views in the comments below.