Jose Aldo vs. Chad Mendes To Be Rescheduled For Brazil Event 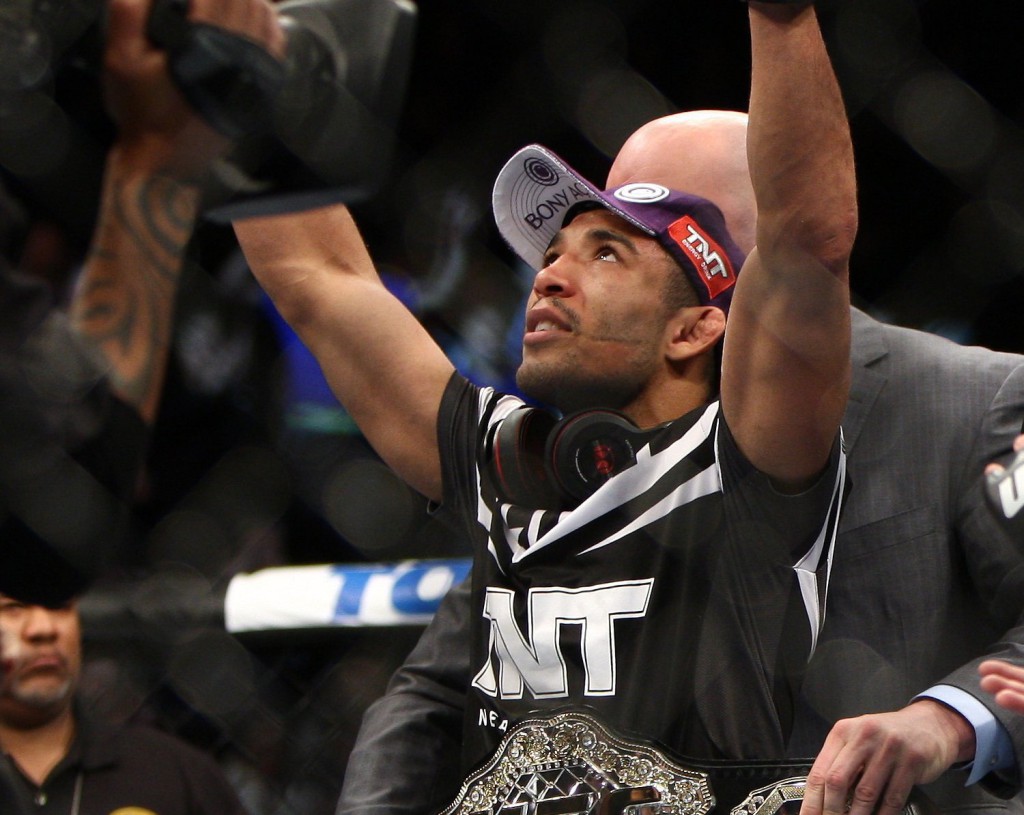 While speaking at the UFC: Lawler Vs. Brown press conference, UFC president Dana White dropped the news that the rescheduled Jose Aldo vs. Chad Mendes featherweight title fight will take later this year in October. The place for this bout? Aldos home turf in Brazil. Though an exact date and location wasn’t mentioned it looks likely that UFC 179, scheduled for Oct. 25 in Rio de Janeiro, would be the ideal card.

The two have already met once before with Aldo finishing Chad via Knockout in the very first round. Their rematch was originally scheduled for UFC 176. However the injury bug intervened when Aldo suffered a neck injury in training. With a lack of big names in the rest of the card and nobody able to step in on short notice, UFC 176 became the second UFC event to be cancelled in their history, following on from UFC 151 which saw Dan Henderson was unable to fight due to injury, and Jon Jones refusing to take a replacement fight against Chael Sonnen on such short notice.

Mendes had been vocal about trying to keep the match up in the United States, wanting some home advantage to remain but with the other cards in future filling up with headline fights and the Brazil event needing a big name to bring in the fans, it looks like Chad may have to beat Aldo in his hometown if he is ever going to fulfil his hopes of wearing UFC gold.

Since Aldo defeated Chad, Mendes has gone on to win five consecutive fights, four of those his finished with his most recent victory coming via. decision over Nik Lentz at UFC on Fox: Johnson vs. Benavidez 2 in late 2013.

Jose Aldo hasn’t lost a fight since 2005. Tearing through the UFC Featherweight division and never truly looking like losing the title. He last fought earlier this year at UFC 169, taking a decision over Ricardo Lamas.