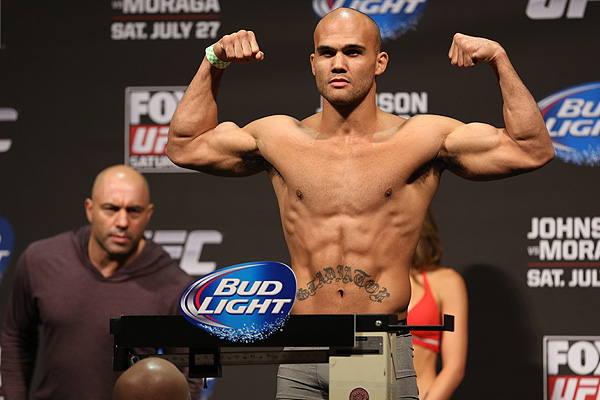 Robbie Lawler has just come of a main event win over Matt Brown this past weekend, earning himself the No. 1 contender spot in the Welterweight division in the process with a second meeting with Johny Hendricks now in his future.  However, there was something that quietly took place before the weekend that many fans, and many of the media, may not have been aware of.

The 32-year old Lawler, who has extended his MMA record to24-10-1, signed an endorsement deal with sports giant Adidas.

“We are honored to announce the signing of Robbie Lawler to our global combat sports team, and to have the opportunity to work with him,”

”Robbie is an outstanding athlete and individual who we have the utmost respect for. He is one of the most exciting athletes in the Ultimate Fighting Championship and his fights never fail to excite the crowd. We look forward to working closely with Robbie to cement our commitment in contributing to the growth of the global MMA market.” said Scott Viscomi, Managing Director of Adidas Combat Sports USA.

The deal was first announced by the Combat Sports division of Adidas on Twitter, you can see the announcement below. This is yet another huge step for Lawler who is at a career high since rejoining the UFC last year.