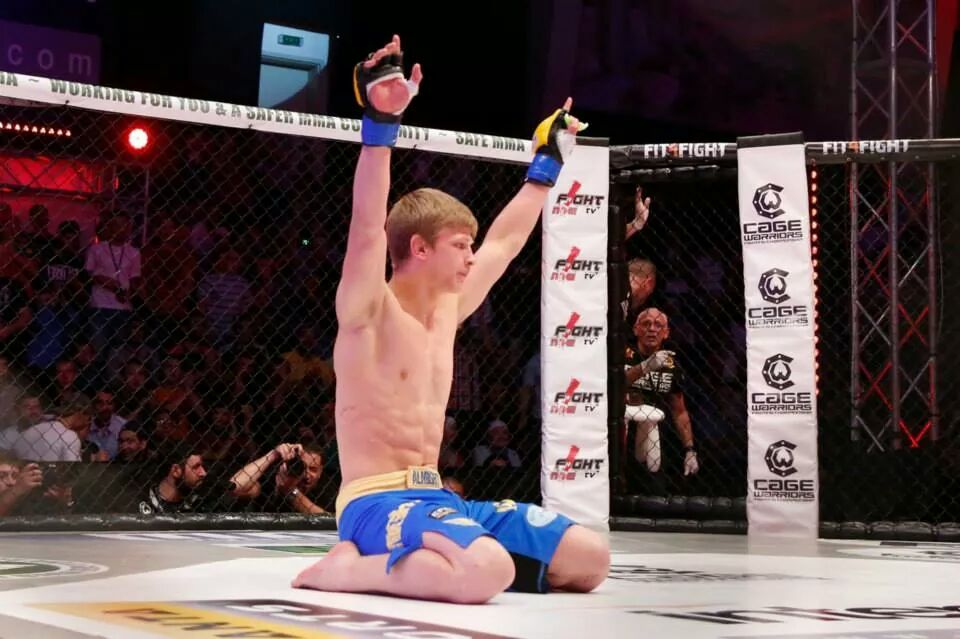 If you don’t know who Allen is he fights for Cage Warriors fighting championship and his record is (7-1-0) he is 20 years old and fights out of BKK fighters.

He is coming off a loss at CWFC69 – Super Saturday against Marcin Wrzosek via unanimous Decision but that won’t stop him chasing his dream of becoming a world champion.

Very talented and very humble, Allen is the future of UK MMA.

Check out the interview below.

MMA UK: To those who aren’t UK MMA fans could you please tell us about yourself and how you got in to MMA?

AA: Me and my brother were always into martial arts used to watch the old Bruce Lee movies and Dragonball Z cartoons.

I got into MMA after a short amateur boxing career when I was in my early teens I basically got bored and wanted to learn different stuff, and my dad was training at an MMA gym at the time so I went down to Dynamo Muay Thai and had my first couple of fights with them.

MMA UK: Its hard to believe you are only 20, most twenty year olds are out drinking and partying. It must be hard to have such discipline and to make certain sacrifices. How do you deal with such temptations?

AA: It’s easy to sacrifice that stuff when I love what I do, I want to be the best in the world one day, and once I achieve my goals I’ll have something to party about.

MMA UK: You’ve just come off a loss to a very tough opponent in Marcin Wrzosek, they say you come back stronger from a defeat. Have you changed anything in your training or lifestyle to make sure you never taste defeat again?

For sure I learnt a lot from that loss I think I was over confident and I don’t know if all the hype got to my head but I haven’t changed to much of my training as my skill wasn’t the problem it was my mentality I thought I had already won before the fight had started, I’m being smarter now and respecting my opponents strengths rather than saying I’m going to do what I want.

MMA UK: You fight out off BKK fighters how awesome is it to train with the likes of Jack Mason, Kerry Hughes, Sean Carter just to mention a few?

AA: Jack Mason is a true professional and there’s not a lot he doesn’t know about MMA. Without Jacks help there’s no way any of us at BKK would be where we are in our careers.

AA: I don’t really have a favourite but I do enjoy wrestling a lot! Boxing makes me happy when the pads make big loud noises haha.

MMA UK: I train in BJJ, do you think that is the best base to have when you first train in MMA?

MMA UK: Whats been the best advice you’ve been given so far in your career?

AA: The main thing that sticks in my head is work hard and stay humble.

MMA UK: In the world of MMA who is your favourite fighter and who would you like to train with?

AA: One of my favourite fighters is the Korean Zombie, he’s an absolute badass, there’s so many people I’d love to work with, I’d love to get some work in with the likes of Jose Aldo and Renan Barao. Those guys are killers.

MMA UK: Do you like any other sports apart from MMA?

AA: I like to watch some freestyle motor cross. follow boxing quite a bit but not other than MMA, haha.

MMA UK: What do you think the future holds for UK MMA?

AA: The future is bright for UK MMA. I’d like to see it come more mainstream with Cage Warriors getting on Channel 4 it should hopefully be a big push to give it mainstream appeal.

AA: The professionalism. Everything’s runs how it says it’s going to run, you have a time to be ready for your fight, and the whole crew are really helpful.

MMA UK: Thanks Arnold for the interview good luck in the future.

We’d like to thank Arnold for taking time out of his schedule to talk to us. 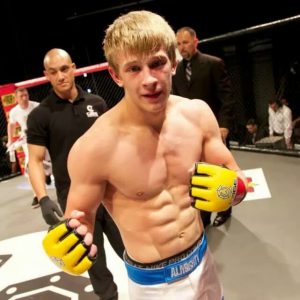