by Peter Knox
in MMA News
15 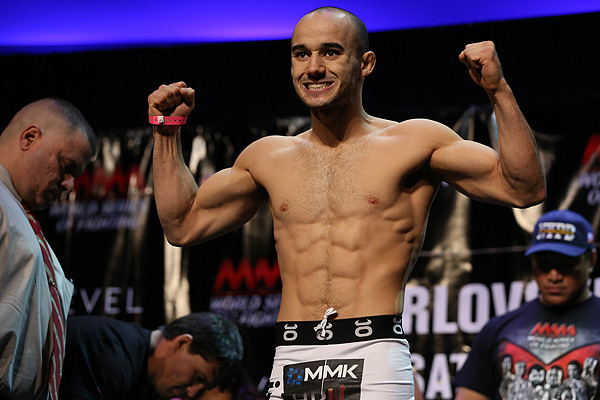 WSOF officials have confirmed that Marlon Moraes, 26, will put his Bantamweight championship on the line for the first time against Josh Hill on September. 13 at WSOF 13.

Marlon Moraes (13-4-1) is the first ever WSOF Bantamweight champion, earning the belt with a unanimous decision victory over Josh Rettinghouse in March. One his road to that title fight the 26-year old the Brazilian went 4-0 in the WSOF with wins over former UFC & WEC veteran Miguel Torres, Tyson Nam, Brandon Hempleman and Carson Beebe.

27-year old Josh Hill (10-0) has impressed during his career, going undefeated leading into this bout after earning a title shot  after scoring a first-round TKO win over Mike Adams in his WSOF debut. Fans of The Ultimate Fighter may recognise Hill as he was a member of TUF 18 in 2013, but went 1-1 on the show.

Additions To One FC 19