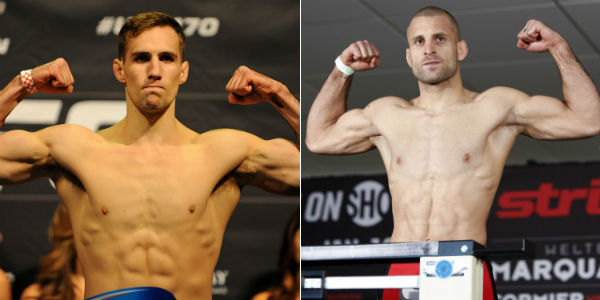 MacDonald (17-2) will be looking to add Saffiedine to his winning streak that currently features wins over Tyron Woodley and Demian Maia, one more may be enough to give ‘Ares’ a shot at the belt that for so long was held by his fellow countryman Georges St-Pierre.

The 27-year old Belgian Saffiedine (15-3) impressed in his Octagon debut, defeating Hyun Gyu Lim in January in his one and only UFC bout. However Tarec as had issues with injuries since coming to the UFC, being forced to cancel other two bouts against Robbie Lawler and Jake Ellenberger. Despite that he is riding a 5 fight winning streak including a victory over Nate Marquardt for the Strikeforce Welterweight title. A championship he became the final holder of after Strikeforce was closed.