Glover Teixeira To Face Phil Davis At UFC 179 In Brazil 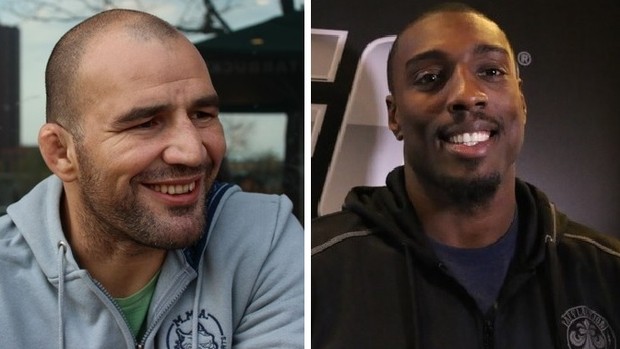 Phil Davis is back in Brazil again, and this time facing none other than the very dangerous opponent, Glover Teixeira.

American light heavyweight Davis earnt his last win against #3 light heavyweight ranked ‘The Dragon’ Lyoto Machida back in August of 2013 which was also on the Brazilian soil. It is fair to say that Phil Davis doesn’t cower to fighting in front of the Brazilian fans! ‘Mr Wonderful’ will travel to the Brazilian capital of Rio de Janiero to face Teixeira at the Maracanazinho gymnasium for UFC 179 on October 25th.

“My manager called me yesterday confirming the fight to Maracanazinho,” Teixeira broke the news to PVT on Friday. “It’s going to be awesome to fight in Brazil again, in Rio de Janeiro. I’m really happy, training a lot.

“Fighting Phil Davis is going to be really good,” he added. “He’s popular in Brazil because he already fought and defeated some Brazilians. Now it’s time to prove myself and start to climb the ladder again. I will train hard and fight hard. I want to fight for the title again next year.”

Teixeira confirmed the news to MMAFighting.com, but said he doesn’t know yet if they will fight in the co-main event.

Davis (12-2, 1 no-contest) looks to get back on track after a dominant loss to Anthony Johnson at UFC 172. Prior to that bout, “Mr. Wonderful” defeated a trio of Brazilians in Wagner Prado, Vinny Magalhaes and Lyoto Machida.

Teixeira (22-3) also hasn’t competed since April 26, when he suffered a unanimous decision loss to UFC light heavyweight champion Jon Jones. The longtime MMA veteran is 5-1 under the UFC banner with wins over the likes of “Rampage” Jackson and Ryan Bader.

UFC 179 will be headlined by a championship bout between featherweight champion Jose Aldo and Team Alpha Male’s Chad Mendes.