A Look At Scotlands Robert Whiteford 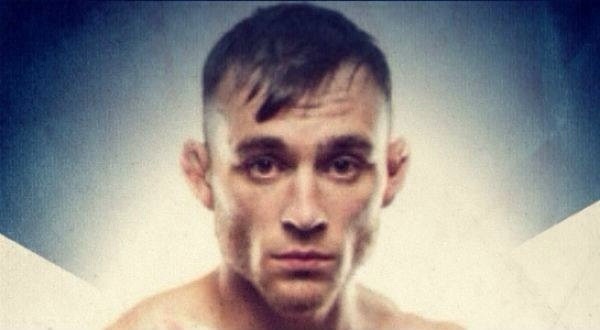 Robert Whiteford is loving life as the pride of Scotland after making history in the UFC. The first and only Scot to ever compete with the king of fighting organizations, Whiteford is still celebrating stealing the show at UFC 171 and picking up a dominant decision victory over Daniel Pineda in Dallas. His next opponent will be Dennis Siver  at UFC fight night Stockholm on october 4th. However the judo black belt is currently enjoying the commonwealth games and is loving watching his fellow Scots competing for gold.

Not many people know that Robert himself competed in the commonwealth games in 2006 in Ireland where he won a bronze medal in the under 73kg category. Judo, like MMA, does not get the coverage or recognition that it deserves, but the Commonwealth games are changing that and of course with the emergence of Ronda Rousey over the last few years judo is now going to explode to new levels.

Judo, a relatively modern martial art, has grown in popularity throughout the Commonwealth. It is a highly physical sport with a strong ethical code and a guiding philosophy. In a display of physical strength and tactical positioning, the sport pits two athletes against each other in a contest to control and dictate the movements of the opponent. The aim is to score points by throwing them to the ground or immobilizing them with armlocks, holds or strangles.

Both male and female athletes – dressed in the traditional white and blue Judogi (uniforms) – will compete in 14 defined weight categories in Glasgow, vying for the 14 Gold medals on offer. Scotland always puts forward a strong team at the Commonwealth Games and along with England, Wales, Canada and Australia, should lead the charge for medals as the sport returns to the Games program for the first time since Manchester 2002.

Yesterday on day one of the games Scotland got off to a fantastic start in the judo. It was two gold medals for the Renicks sisters of Coatbridge as Kimberley Renicks had claimed Scotland’s first gold, landing a textbook ippon to defeat India’s Shushila Likmabam in the 48kg final. Her sister Louise beat England’s Kelly Edwards in the 52kg final later in the day.

There was more medal success for Scotland in the judo hall with Stephanie Inglis taking silver in the under 57kg category while Glasgow fighter Connie Ramsay secured the bronze. John Buchanan won bronze in the men’s under 60kg category, while James Millar took bronze in the under 66kg competition.

Day 3 has been just as good when Matthew Purssey and Andrew Burns collected their silver and bronze medals in front of a cheering crowd and the highlight of the day has to go to Team Scotland flag bearer Euan Burton, who brought down the house as he snatched gold in the final of the 100kg and under category at the SECC. BURTON, who came out of retirement to fight for Scotland in Glasgow, snatched the gold while his wife Gemma Gibbons won silver in the women’s event for England. Overall Scotland and England are tied on the gold medal table with 13 medals each both with 6 golds each.

Robert was very impressed with the medal haul and is very proud of all the Scots that competed. A successful competition will ensure a successful Glasgow European judo open in October at the emirates arena. If judo is successful, then that can only be good for MMA where we might end up with more Rouseys and Whitefords.

Glover Teixeira To Face Phil Davis At UFC 179 In Brazil