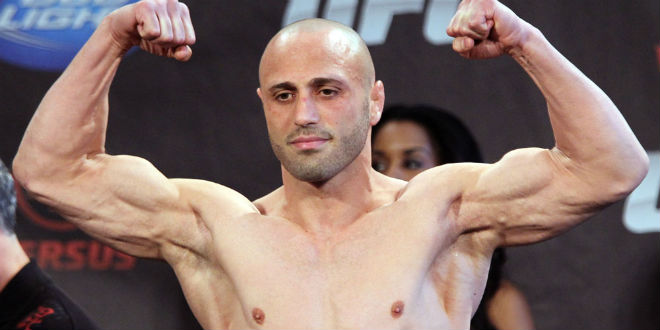 UFC 178 takes place on September 27 at the MGM Grand Garden Arena in Las Vegas and is headlined by a light heavyweight title tilt between Jon Jones and Daniel Cormier.

Gamburyan Vs. Gibson is the latest addition to what is becoming an increasingly stacked lineup to UFC 178 which also includes a featherweight battle between Conor McGregor and Dustin Poirier and see’s the return of former bantamweight champion Dominick Cruz taking on Takeya Mizugaki.

Gamburyan is coming off a decision loss against Nik Lentz back in May and had decided to make the move down in weight class. His third under the Zuffa banner.

The 26-year old Cody Gibson is coming off an impressive TKO win against Johnny Bedford. He has gone 1-1 since joining the UFC and will be looking to improve that record as he welcomes Manny to the division.