Thatch Forced To Withdraw From Fight Due To Graphic Injury 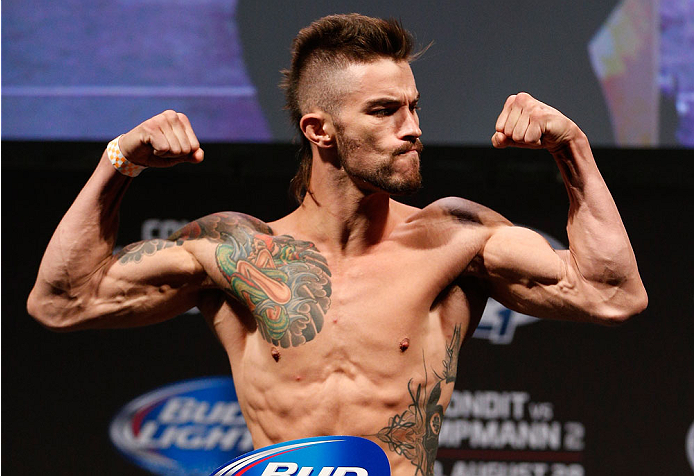 Brandon Thatch (11-1) has announced he’s been forced to withdraw from his fight with Jordan Mein (28-9) due to injury.

***WARNING***
The rest of this article contains graphic images of the injury. If you are in any way offended by such images please do not scroll any further
***WARNING***

Thatch suffered a compound fracture of his toe, forcing him out of UFC Fight Night 49 event, which takes place at BOK Center in Tulsa, Oklahoma.

Thatch was actually a replacement opponent for an injured Thiago Alves, and has been impressive since debuting in the UFC picking up 2 wins in quick succession with a first round TKO against Justin Edwards in his debut, followed TKO of Paulo Thiago in another first round victory.

UFC officials have yet to announce a replacement opponent for Mein and it’s not certain they’ll be able to with just 2 weeks notice.

Pictures of the injury, as tweeted by Thatch, can be clicked and seen below:

I’m bummed to say I have to pull out of my fight against Jordan Mein. I compound fractured my toe yesterday pic.twitter.com/6jhh05L8Yp