Cummins Looking To The Top – Wants ‘Rumble’ Next 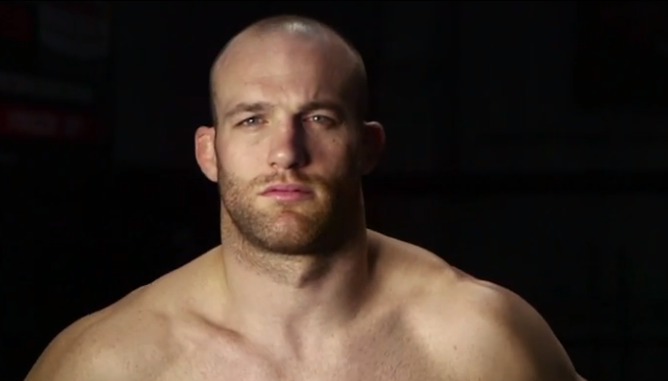 Patrick Cummins recently won his 2nd straight fight since debuting in there UFC as a late replacement against Daniel cormier, a fight he lost convincingly. However he put on a clinic against Kyle Kingsbury and finally impressed many fans. The win may have gone a little to his head though. While speaking to Submission Radio he called out another recently impressive fight in Anthony ‘Rumble’ Johnson, and he also had some words for Jon Jones.

“I actually like the fact that Jon Jones is looking at me like I was some kind of, you know pop up, quick ‘one and done’ kind of guy, when you know realistically I wanna challenge for the belt. So if he’s gonna overlook me that’s great, because it’s going to catch up with him eventually. I may be the tortoise in this race, but he’s gonna fall down at some point. After I saw Anthony’s fight my coach and I looked at each other and said ‘man, I would like that match up.’ Because really for me it’s weathering the storm, you know. He’s an explosive guy and we all saw what he did to Nogueira in just over a minute. So, you know I think I can weather that storm and I think conditioning is still his issue. I still think if someone pushes him hard, he’s gonna have those same problems that he used to have when he was making 170, and I’d like be the guy to exploit that weakness.” Said Cummins

Cummins is now 6-1 but is not even close to the top of his division. His biggest test was his debut against title contender Daniel Cormier and he was despatched with relative ease in DCs light heavyweight debut. You gotta admire ‘Durkin’s ambition though. That said, who would you like to see Cummins fight next?

Lyoto Machida Wants Luke Rockhold As His Next Opponent