by Peter Knox
in MMA News
33 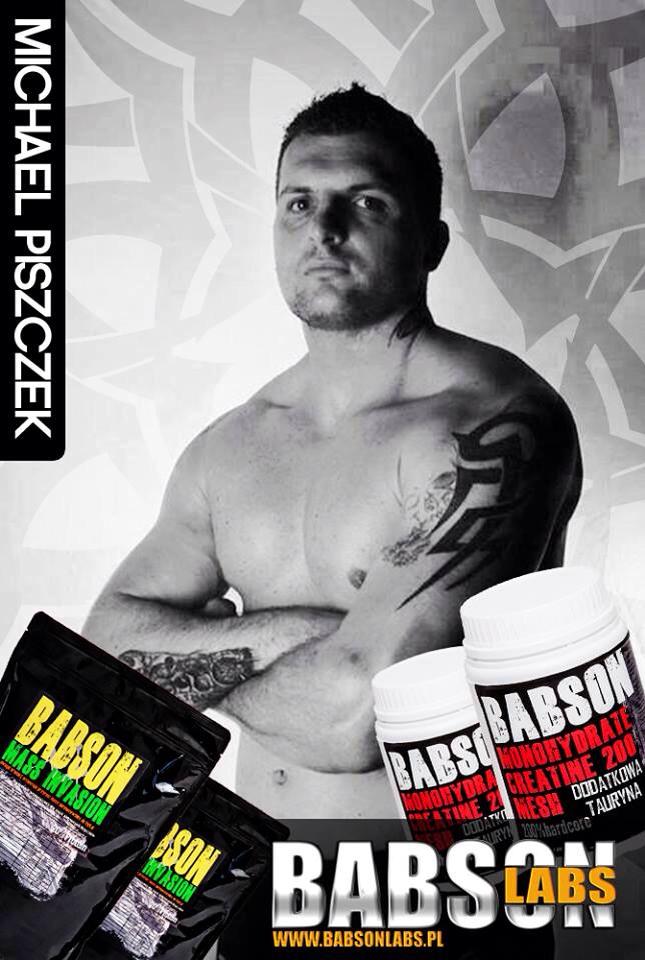 Michael ‘Mikey Tiger’ Piszczek is a Polish Mixed Martial Artist who has recently signed with well known and established British promotion UCMMA. Michael is 1-1 as a pro. Michael stands 6ft4 and weighs 264lbs. This Polish monster is ready to make a name for himself, so we thought we’d have a chat with him.

GS – Thank you for taking the time to give MMA UK and the fans a little more of an insight into yourself and your background. Michael, we know you have a fight coming up soon, how is training and your preperation going?

MP – I’m counting down the days… In a few days I’ll fly to Poland and start training. It will be six days a week twice a day. I have to go out prepared to 200% because my fight rival is tough and it’s. Both of us want to do well and look good. If he thinks he’s going to knock me out he’s going to have to fight hard..

GS – how did you first get into MMA? and how long have you been involved in the Sport now?

MP – My history of MMA fighter began in Leeds, where I worked as a bodyguard (security) in night club and I got a suggestion to become a MMA fighter, to try it, and that’s how everything started. I got infected with it and I fell in love with the sport, also so I started attending training sessions more and more often. In the mean time I moved to London because in London I heard are the best MMA clubs in England. My week apperance 5 days a week workouts twice a day and over the weekends I still work a little security. But hopefully I’ll find a sponsor who would help me concentrate on my training in 100% with no need of work, just become an even better fighter.

GS – When is your next fight and where do you see your career going over the next few years?

MP – For now I must focus only on the struggle for UCMMA 40 in LONDON on Sep 6 but I have already been contracted fight in another big show in Poland . I hope I will fight well and get a chance to impress even more new sponsors. For now I must eat, sleep, think and fight MMA.

GS – What’s the feeling like when the cage door is shut and it’s just you and your opponent?

MP – After I enter the cage I only think of one finish the fight as quick as possible and win , sometimes I stress its normal everyone has it and who ever says they dont have it their lying. I never said I’m the best but I want to achieve my things that I love. I want polish people on islands to be proud of me especially my parents and family

GS -Where you see yoursealf as fighter in 5 years ?

MP – On the front of all the magazines and on all your TV’s channels in the UK, maybe big brother (MP laughs)

GS -What motivates you when fighting ?

MP – Haters motivate me, anyone who has ever doubted me and said I couldn’t do it motivates me

GS – What’s your favourite technique to use?

MP – I love BJJ, I feel like a shark in the pond when I train BJJ.

GS – What victory in your career meant the most to you?

MP – I fought for a title belt in the U.K at Night of Champions against a very tough opponent. He trained very hard to not lose his belt so when I scored it I was very happy. This victory will always mean so much to me

GS – Who is your biggest hero/fighter you look up to?

MP – One of my heroes is former UFC fighter Krzysztof Soszynski

GS – We thank you for your time and look forward to seeing you in actin very soon, is there anything you would like to say to your friends, fans and family?

13) Thank you. I invite all MMA fans to visit my fan page on Facebook/ Michael Piszczek Thanks so much for the interview and greetings to all the readers of MMA UK as well as my sponsors Caged Fightwear and Babson Labs.

We at MMAuk.net wish Michael all the best with his MMA career and will be keeping up to date with his fights and movements. Michael is a great guy and a great fighter and deserves all the best. We look forward to seeing the Polish monster in action at UCMMA 40 September 6th VS Dayman Lake (4-3).