Lyoto Machida Wants Luke Rockhold As His Next Opponent 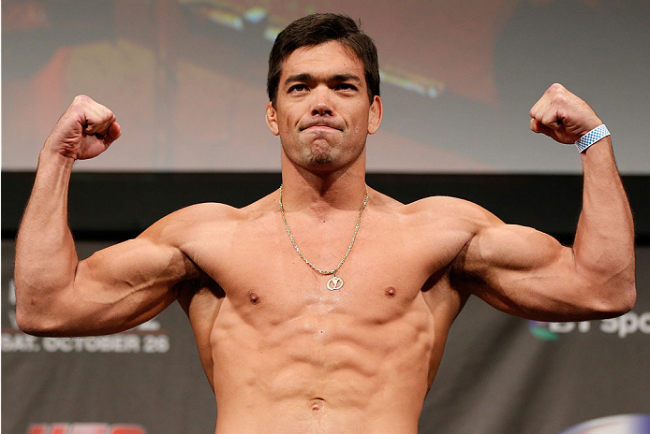 Lyoto Machida most recently fought Chris Weidman for the middleweight title in a losing effort that solidified the latters status as champion. But that loss hasn’t affected his dream of becoming champion again, in fact he’s already looking at getting back in the octagon as soon as possible so he can begin his climb up the ladder once again.

“I would like to fight again in October,” said Machida “I want to fight again before December. The sooner, the better. I will be ready to fight after Oct. 20. I don’t want to wait too much. I only need six weeks to be in shape to fight.

“They might give me two or three fights before another title shot, or something can change on the way with my performances and they give me another opportunity earlier. Anything can happen,” he continued.

“It was a close fight, we both had our chances. Weidman did his strategy and won. I have a good chance at defeating Weidman, and I’m going after the title again. I think that, should I have started (pressing him) earlier, maybe in the second round, the results could have been different.”

For a fighter of Lyotos stature it would be easy for him to request his next fight on home soil to help get him back to winning ways. But ‘The Dragon’ doesn’t mind where he fights next. He just wants to fight a top opponent and his preference is a former Strikeforce champion.

“That would be nice, but I can fight anywhere. England, Brazil, anywhere they want after (Oct. 20),” he said. “I will be ready, and my opponent better be ready because I want another chance (at the title).”

“He’s a former Strikeforce champion, has a good record,” he continued. “We could do a great show for the fans. It would be an exciting fight. The fans and the UFC would win with a fight like that, and I hope I’ll also win [laughs].”

Who do you think Machida should face next? Would Rockhold be a good match up?

Bisping On UFC Losses "We All Know They Weren't F'N Clean"