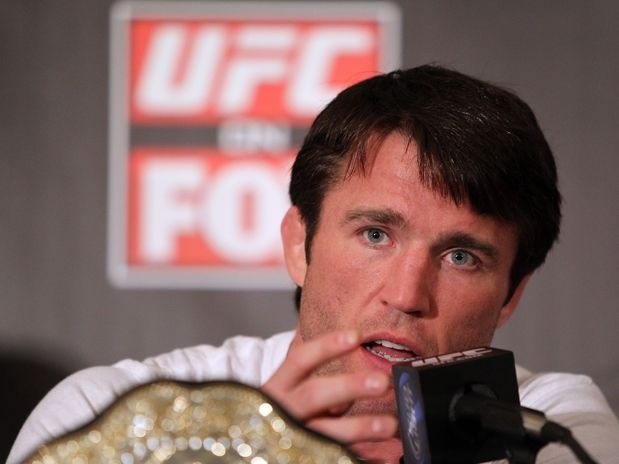 Earlier today news it came out that the Nevada State Athletic Commission (NSAC) is attempting to block Chael Sonnen from competing at the Metamoris 4 jiu-jitsu tournament this Saturday against Andre Galvao and has even threatened fines of $250,000 if he participates.

The former UFC middleweight, some-time light heavyweight and FOX Sports 1 analyst was suspended from active competition last month, after the commission caught him using performance-enhancing drugs in the lead-up to his Wanderlei Silva fight at UFC 175. “The American Gangster” subsequently retired from MMA.

“Multiple sources confirm NSAC has threatened to fine Sonnen $250,000 per failed drug test violation if he competes at Metamoris. Sonnen camp’s contention is that grappling is not fighting and suspension shouldn’t cover it. Sonnen has hired Vegas lawyer Ross Goodman to represent him in the case.” – Jeremy Botter

But blocking a jiu-jitsu match stretches the commission’s jurisdiction, since grapplers won’t be licensed as fighters, nor will they be tested for illegal drugs.

So what do the organisers of Metamoris make of ths? Founder Ralek Gracie tweeted earlier:

Just talked to Ralek Gracie about the Chael Sonnen situation. First time he heard about it. “Damn, that’s crazy, dude” was his reaction. – Guilherme Cruz (@guicruzzz)

We’ll have more on this story as and when it unfolds.

Tim Silvia Explodes With A Rant On Dana White