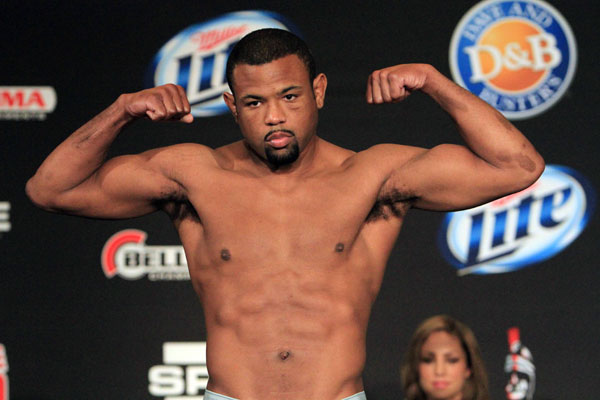 Taking home the award for odd-choice fight announcements today is Bellator MMA. They have announced the next contender for the light heavyweight champion Emanuel Newton to defend his title against and it’s none other that ex-UFC fighter Joey Beltran.

It was originally expected that Quinton ‘Rampage’ Jackson would be next in line. However the MMA veteran openly stated he would be unwilling to take on friend and training partner. Newton seems happy enough with the recent announcement.

“I’ve been wanting to get back in the cage as soon as possible so I went to Scott Coker and he made this fight happen for me,” Newton stated in the Bellator press release. “Beltran is a guy that always pushes the pace and looks for the finish, which plays into my style perfectly. I know he is coming off a nice win against Vladimir Matyushenko, and has been in this game for a while, so I’m excited for the fight and another chance to defend my belt.”

As for Beltran, well he’s gone 1-1 since rejoining Bellator and has gone 1-3-1 in his last five MMA bouts. With all due respect to Beltran, I’m not entirely sure what he’s done to deserve the shot but alas a shot he has received and the tough brawler is obviously excited to get the opportunity.

“I’m jacked to get this shot against Newton,” Beltran said. “He’s a tough guy, but I’ve been in this sport for a while now and have fought some of the best. I’ve got some good momentum after my last fight, and we’re going to put on a show Sept. 12.”