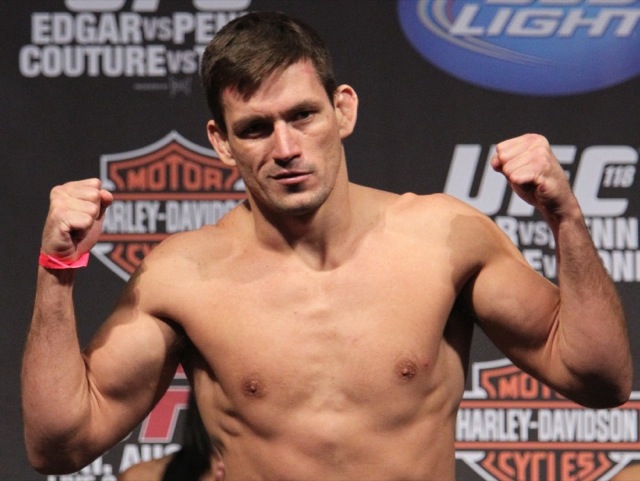 Another day, another UFC fighter pulls out of a fight due to injury.

In what seems to be worryingly increasing trend, yet another fight has had to pull out of a future fight due to injury. This time it’s the turn of Demian Maia who was forced to withdraw from his welterweight matchup with Mike Pyle at the upcoming UFC Fight Night: Henderson vs. dos Anjos.

As luck would have it, just days ago Brandon Thatch announced that he was having to cancel his appearance against welterweight Jordan Mein. Therefore Mein and Pyle have been paired together.

The 38-year old Pyle has won five of his last six fights, recently stopping T.J. Waldburger via TKO in the third-round.

Jordan Mein is 2-1 in the UFC, only falling to Matt Brown while defeating Dan Miller and Hernani Perpetuo.

Mike Pyle may want to be careful up until the fight though as Mein has had a little bit of bad luck with opponents coming in to this fight. Originally scheduled to meet Thiago Alves who then dropped out due to a knee injury. Brandon Thatch replaced him but shortly after suffered a gruesome toe injury and had to withdraw. Better luck with Pyle we hope.