Kyle Noke Injured And Out Of UFC Fight Night Japan 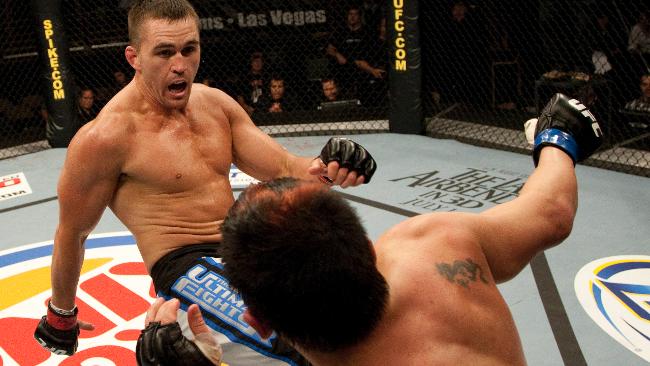 Kyle Noke (20-7-1) has been forced to withdraw from a proposed fight against Yoshihiro Akiyama in Japan due to a knee injury. Noke rereleased the news via Twitter.

“Unfortunately I’ve had to withdraw from my fight with Akiyama in Japan due to a knee injury. Thank you everyone for your continued support,” Noke said.

It has been revealed that the UFC have contacted Amir Sadollah to ask about stepping in but no news yet on if that has been accepted. Sadollah is already scheduled to meet Nicolas Musoke at UFC Fight Night on October 4.

We last saw Noke lose via unanimous decision to Patrick Cote at The Ultimate Fighter: Nations finale on April 16.

The 39-year old (13-5-2) Akiyama has been out of action for a while now, not competing since February 2012, in a unanimous decision loss to Jake Shields at UFC 144 and is currently on a 4-fight losing streak.

UFC Fight Night Japan takes place at the Saitama Super Arena in Saitama, Japan on September 21, and is headlined by heavyweights Mark Hunt and Roy Nelson.