Gracie Signs With ONE FC 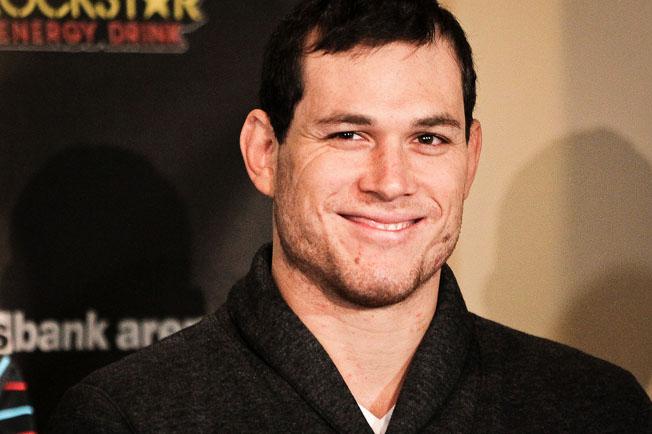 For UFC middleweight Roger Gracie has signed a multi-fight deal with One FC on Thursday. Gracie expects to make his promotional debut later this year, though an opponent is yet to be announced, and will return to the light heavyweight division.

Gracie, who turns 33 in September, doesn’t plan to stay in the fight game for too much longer. He spoke to MMAFighting.com on Thursday morning.

“I just signed with One FC,” Gracie said.

“I had given up in fighting MMA, decided to go back to jiu-jitsu, but I got this offer and it changed my mind,” he said. “I’m going to do a few more MMA fights, and I still want to compete in jiu-jitsu.”

“I plan to do two or three (MMA) fights a year,” he said. “I will be 33 years old in a couple months, so realistically speaking I don’t have too many years as an athlete. Only a few extraordinary athletes can keep doing this until they are 40, but I don’t see myself fighting at 40 years old. I think I will retire by 36 or 38.”

Gracie’s return to the cage won’t stop him from competing in the grappling matches that made his families name so synonymous with jiu-jitsu and grappling.

Roger is interested in facing the new talent in jiu-jitsu or grappling tournaments.

“I’m coming back to MMA now, but I will also do jiu-jitsu,” he said. “If I can’t enter tournaments like the (IBJJF) World Championship, I can do superfights. There are a lot of great talents out there that I would like to compete with.

“I’m super happy with everything that I’ve accomplished in jiu-jitsu, and everything that happens from now is good,” he continued. “I would be in a comfortable position if I decided to retire now, but I’m still young. It’s not the time for me to retire.

“My career in MMA wasn’t like my career in jiu-jitsu, but I also did a nice job. I’ve fought some great names. I have a few years ahead of me now, will do more MMA fights, some jiu-jitsu, and we’ll see what happens.”