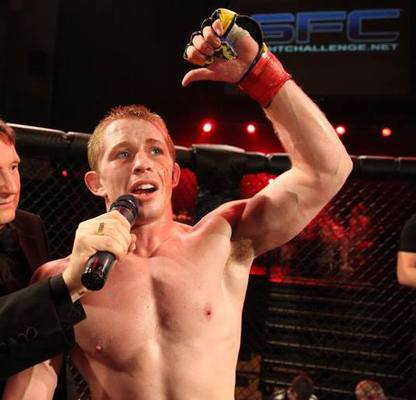 We are back again with our weekly FFF (Featured Fighter Friday)!

Previously we took an insight into Andre Winner. We covered his history, recent form and what his future holds. This week we are looking into Shaun ‘The Disgrace’ Taylor!

Taylor is a welterweight fighter from Kilmarnock, Scotland and fights out of Dinky Ninjas Fight Team. He holds an impressive professional record of 7-0 with his last fight in March 2014 ending in his favour by a KO in the first round against Nayeb Hezam.

Growing up was tough for Taylor. He was brought up in a broken home. Ha had a an up and sketchy relationship with his mother and he never met his biological father. Taylor was essentially brought up by his grandparents and aunty as he much preferred to spend his spare time with them. After school, he would always make sure he went to visit them as opposed to going back to his own house where his mother and step father lived. Taylor has some younger siblings but doesn’t get to associate with them as much as he wanted due. His step father was a good man at heart. Taylor describes him as ‘old school’ and they never really got along with eachother but he knew he was one of the good guys. Taylor’s step father unfortunately died when Taylor was 19.

At school, Taylor found it difficult to fit in. He had a handful of friends and got alot of hassle. He would find himself going into school with dirty clothes as his mother wasn’t interested in ensuring that his clothes were clean.

In his final year of school, Taylor surrounded himself with a different crowd. He described them as a ‘rougher group’ of friends. They trained in MMA and Korean Kempo. This drove Taylor to give it a go and this was the start of his MMA career.

The first thing that motivated Taylor to start MMA was the fact he was overweight in school. He got picked on for it and he thought by training MMA he could shift the unwanted weight whilst also gaining some respect from the people that always gave him hassle.

A year or so later after joining this new group of friends, Taylor decided to not associate with them anymore. They were following a path that he didn’t respect and wanted to make something better of himself. He left school with no education or direction. One thing was for sure though, and that was that he loved MMA.

Once Taylor left school, he carried on training hard. Gruelling training sessions several days a week and absolutely loved it. He thought this could really be something that could put him on the right path and make his life a real success. 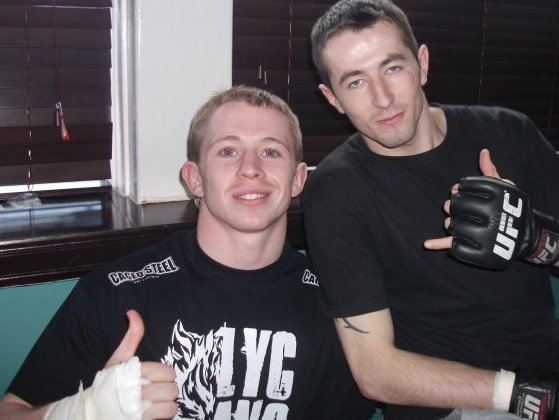 His first fight was out of a club based in Ayr. The guys at the gym trained him hard and made sure he was well prepared for entering his first matchup. Taylor walked away from his first fight with a submission victory after just 60 seconds in the first round! He won the fight via keylock and when told how he won the fight, he wasn’t even sure of the submission that he used. He was curious to the way he won the bout and heard that nearby to where he lived there was a BJJ blackbelt training academy, so started training there to build up his skills. This is where he met Marcos Nardini and Rob Mccrum. They took in Taylor under their wing and started teaching him everything he needed to know in Brazilian jiu-jitsu.

Meanwhile during his training, Taylor attempted to join the army but instead ended up joining the TA (Territorial Army). Eventually, after a while, Taylor managed to get into the regular army. Whilst in the army he carried on training MMA and fought at an amateur level. Once he completed his basic training he volunteered for a tour in Afghanistan. He was broke, living with his grandparents and didn’t have much going for him apart from his obvious talent in MMA.

By the time Taylor left the regular army, he was a Brazilian jiu-jitsu blue belt with an amateur record of 3-1. He had learnt so much in this space of time. He learnt a hell of alot more about life and learnt who his real friends were. Whilst on his tour, Taylor describes the impact it had on him as being ‘profound’. For months at a time his company were in constant contact with the Taliban and he saw some very nasty things and was constantly surrounded by violence. It changed him for the better and hardened him up both mentally and physically.

Once Taylor left the army, he had one focus and that was to go into fighting full time. His own words were, “Let’s see what I can do!”. 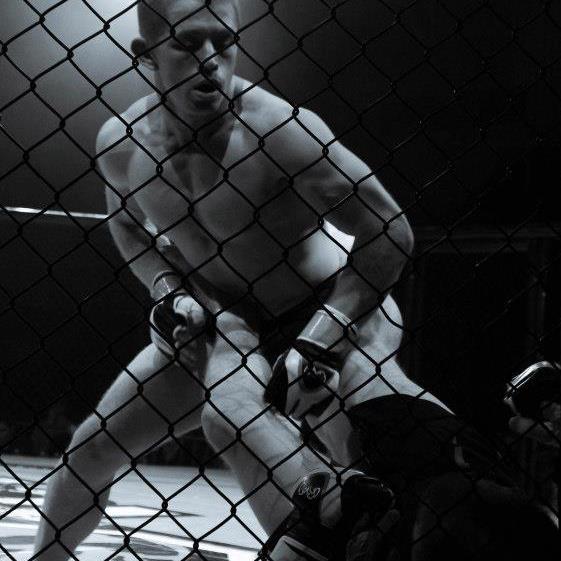 ‘The Disgrace’ has racked up an astounding record thus far within his professional MMA career. His current record standing at 7-0.

His record includes 4 wins by submission, 2 by KO/TKO and 1 by decision. With a record like this, it is fair to say that Taylor is an exciting and well rounded fighter with alot to offer.

Taylor is currently fighting out of Dinky Ninjas Fight Team based at The Griphouse Gym in Glasgow, Scotland.

Right now, Taylor is over in the USA training at the MMA Lab. He flew out to the USA on the 15th July and returns on the 1st September. Currently, Taylor has no sponsors so therefore is paying for everything out of his own pocket. Absolute dedication from a fighter that is destined to do well in the sport.

I’m training 3 times a day, 5 days a week. I’m sparring with the best in the world on a Saturday! Shit is going down here!

His upcoming fight will be at BAMMA 16 which is scheduled for September 16th at Victoria Warehouse, Manchester. Taylor will be taking on Leon Edwards who is currently on a 5-fight win streak with 2 wins via KO/TKO, 2 wins via submission and 1 win via technical decision.

Tickets for BAMMA 16 can be purchased via the BAMMA website HERE.