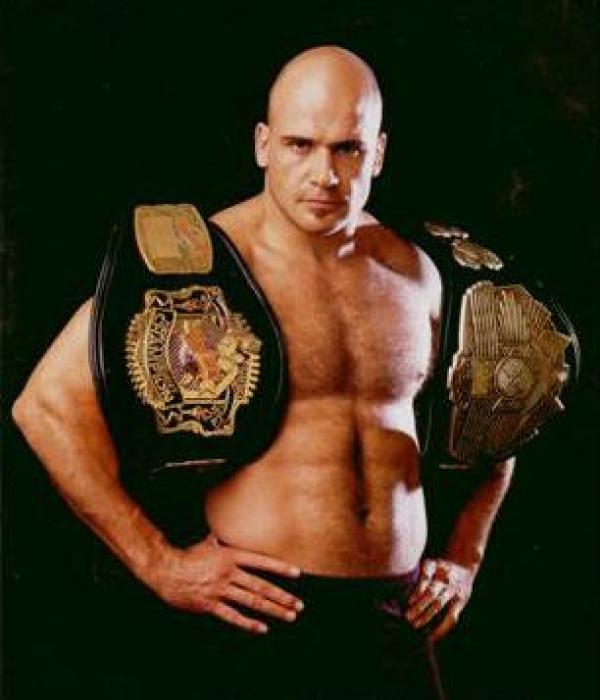 Bas Rutten to most casual fans is the funny guy from the comedy movie ‘Here Comes The Boom’. But to the more experienced fan Bas Rutten is one of the best fighters of all time. His record of 28 wins and four losses ensures his legacy as one of the greats. Lets take a closer look at the legend and start from the beginning.

Bas Rutten was born in the Netherlands. He became interested in Martial Arts when he was 12 after his family went on vacation to France. The movie ‘Enter The Dragon’ starring Bruce Lee was playing but he was not old enough to get in and see the movie, so he and his brother Sjoerd sneaked into the theatre to watch it and so his addiction to Martial Arts began. His parents didn’t allow him to pursue it at first and he had to wait two years until he reached 14 before he was allowed to practice Tae Kwon Do. He picked it up very quickly and after a few months he got into a street fight with a bully and broke his nose with one punch.

Bas started his MMA career with the Pancrase organization in Japan featuring submission fighting and no closed fists strikes to the face. This organisation was the first of its kind and featured many early MMA names Frank Shamrock, Vernon White, Maurice Smith, Ken Shamrock and Guy Mezger.

Rutten dominated his first two matches with his devastating power. His lack of ground fighting at that time led to a loss against the highly skilled Masakatsu Funaki. Realising the importance of fighting on the ground he went to train with the master shoot wrestler Funaki.

He eventually challenged king of Pancrase Minoru Suzuki for the title. Rutten beat Suzuki to win his first title. After an injury put title defenses on hold Rutten returned to the ring and beat interim king of Pancrase Frank Shamrock. He then avenged his loss to Funaki in what has been considered to be one of the greatest fights in Pancrase history.

In 1998 Rutten signed with the UFC. He entered the UFC with a massive amount of hype as he was undefeated in his last 19 fights. He was also touted as the greatest martial artist on the planet.

His first fight was meant to be with UFC heavyweight champion Randy Couture but Couture had a contract dispute and left the UFC. So his first fight in his quest to be champion was against Tsuyoshi Kohsaka at UFC 18 in which Rutten dramatically won by KO with just a minute left of overtime.

May 7th 1999 at UFC 20 Rutten faced Kevin Randleman for the heavyweight title. The fight went into overtime with Rutten taking a very close split decision victory to become the UFC heavyweight champion. He vacated the title later that year to drop down a weight to attempt to become the first person to win a title in two weight classes, a feat he ultimately came up short on.

While training for his next fight he suffered multiple serious injuries including blowing out his knee, tearing his biceps and suffering a neck injury. He was forced to retire by doctors orders. It wasnt until 2006 he announced he was returning for one last fight. He fought and beat Ruben Villareal to take his professional record to 28 wins, 4 losses and 1 draw and finished his career on a 22 fight unbeaten streak.

Bas was well-known for his liver shot and his notorious bar brawls but I never hear him be known as one of the greatest martial artists ever. When we talk about the best ever past and present then Bas Ruttens name should up there with the best of them.