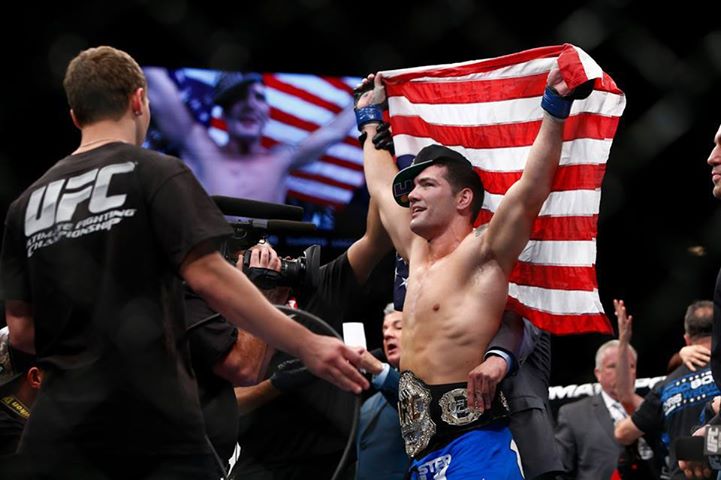 July 6th 2013, Chris Weidman shocked the world when he knocked out arguably the greatest of all time Anderson Silva to become UFC Champion. Critics said it was a fluke because Silva was clowning about.

It is not his fault Silva was clowning about. It also isn’t his fault that he broke his leg with his well-timed leg check and again they still doubted his ability even after he defeated Lyoto Machida.

What does this man have to do or beat to get the credit he deserves? Weidman is undefeated, He is the current UFC middleweight champion. As of May 26th he is number 5 in the official UFC pound for pound rankings and ranked the number 1 middleweight in the world by Sherdog.

How many legends does he have to beat before the fans start showing the ‘All American’ the respect he deserves. Weidman is scheduled to face Vitor Belfort at UFC 181  in December and will they call that fluke aswell if he wins.

Weidman is already talking about a superfight with light heavyweight champion Jon ‘Bones’ Jones. Realistically that is probably a long way off but you can’t fault the man for ambition. Love him or hate him Chris Weidman is going to be around knocking legends out for a while yet.