Dana White: I’m Not Looking To Chase Gray Maynard Out Of The Game 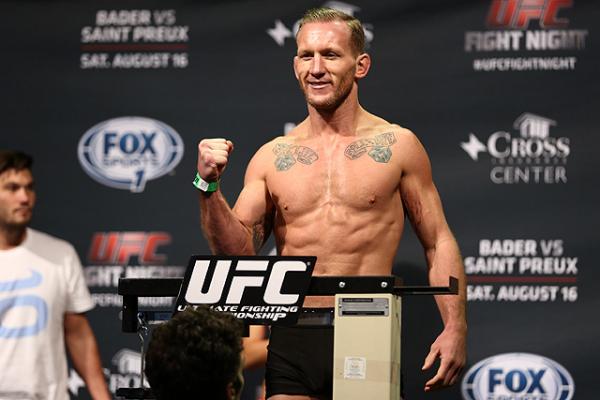 What a difference a few years make. At the start of 2011 Gray Maynard was undefeated, with a no contest the only slip up in an otherwise faultless career. Then begun 2 fights that will mark his, and his opponents, careers forever. Frankie Edgar Vs. Gray Maynard II & III were fantastic fights, one ending in a draw and the other ending up as the first loss of Maynards career. Since that loss he has fought just 4 times, 1 win and 3 knockout losses. It seems “The Bully” may be nearing the end of his career.

On Saturday, Maynard was stopped by punches from Ross Pearson at 1:35 into the second round of their UFC Fight Night: Bader vs. St. Preux co-main event.

“Obviously he came here; he fought; he’s been cleared medically to fight; he’s healthy. It’s probably a discussion we might have,” White said. “I’m not looking to chase Gray out of the game or anything like that. These guys go through extensive medical testing; we know getting knocked out isn’t good for you. He’s a young guy — he’s talented. We will see what he wants to do.”

Pearson was pleased with his performance in the Octagon. He also took time to praise Maynard for what he has accomplished in his MMA career.

“The fight just seemed so slow compared to how I’ve been training that I just wanted to speed it up and lure Gray in to throw,” Pearson said. “I hit him with a hard right hand and then a 3-2 and got on top to follow it up. There’s no way I was going to give him chance to recover after all the stuff I’ve been through lately with bad judging. I told Gray after the fight what a huge fan of his I am. I want all the things he’s had in his career. The marquee fights and title shots are what I’m after.”