ONE FC 20 Gets A Bunch Of New Fight Additions

by Peter Knox
in MMA News
17 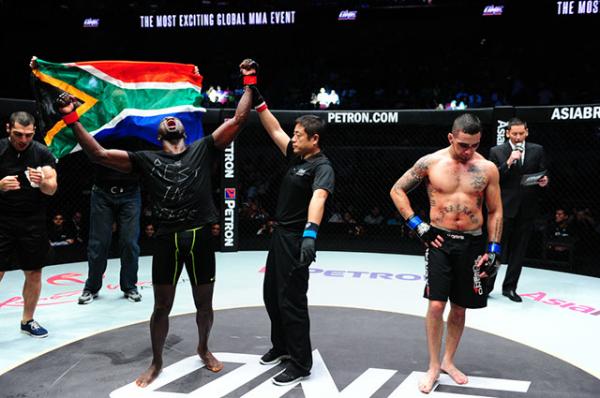 Lightweights Vuyisile Colossa and Caros Fodor will meet again in the cage of the Singapore-based One Fighting Championship, just nine months after their first bout. ONE FC added the 155-pound matchup to One FC 20 “Rise of the Kingdom”.

South Africa’s Colossa used his superior striking skills to earn a unanimous decision against Strikeforce and UFC veteran Fodor when the pair met last December at One FC 13. Colossa has not competed since, while Fodor returned to the cage in May and righted his course with a first-round submission of Willy Ni.

One FC announced a further three fights for the card with Arnaud Lepont vs. Suasday Chau, Ming Yen Sung vs. Radeem Rahman and Jian Kai Chee vs. Amir Khan.

One FC 20 “Rise of the Kingdom” takes place September 12 from the Koh Pich Theatre in Phnom Penh, Cambodia. Headlined by a One FC flyweight championship bout between Adriano Moraes and Geje Eustaquio.