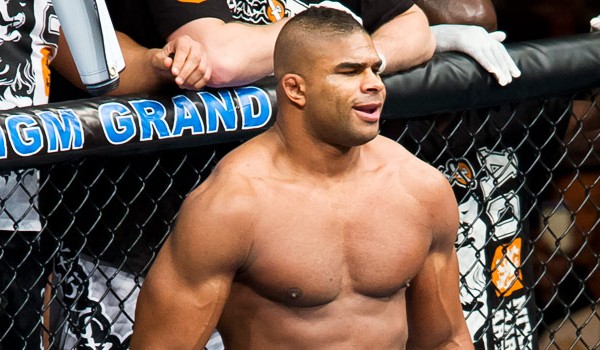 It’s not been long since former Blackzilian teammate Anthony Johnson accused “The Reem” of hurting light heavyweight Champion Jon Jones during training, delaying his title defence against Daniel Cormier. Now UFC veteran Andrei Arlovski has come out stated that he too has been injured by Overeem’s aggressive training techniques recently, resulting in a hospital visit in which he has since been medically cleared. He spoke to SportsRu:

“I do not like to wash dirty linen in public, but in these words there is a weighty truth. A few days ago I was sparring with Alistair Overeem and experienced firsthand how it can end. As usual sparring goes: men represent strikes, touch each other, but do not tend to cause real damage to the partner. During one of the highlights of our sparring, Overeem hit me with the hardest knee kick in the stomach. In a real fight would turn out for me by knockout. After that, I immediately went to the hospital to make sure that my ribs were not broken. Thank God, everything turned out okay, although at first we were afraid that my fight with ‘Bigfoot’ would be cancelled. It was so unexpected and so unpleasant that at first I even wanted to take revenge on him, at least hit him with his elbow. But my boxing coach, Andrei Ivchuk, turned around and reassured me. ‘Do not be like the people who allow themselves to such dirty tricks. No need to stoop to their level.’ Now I know that Overeem injured Jon Jones simply because he injures everyone with whom trains.”

This will not belt the heavyweights reputation as a poor training partner with his former team, the Blackzilians, stating he was an arrogant person who purposely hurt sparring partners.

However his new coach Greg Jackson, has said that the injury to Jones was a legit accident. But as the saying goes, there’s no smoke without fire.

Phil Baroni Fired From Bellator For Support Of War Machine