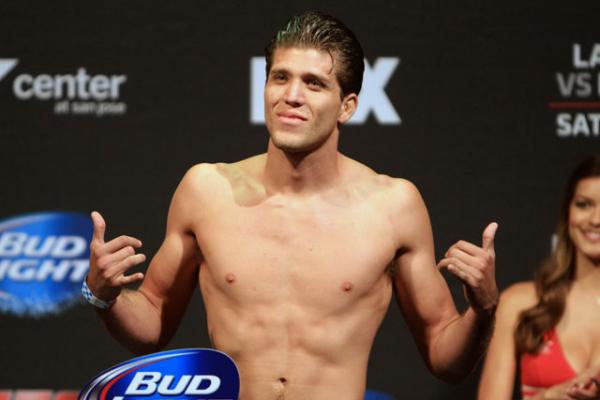 Former RFA featherweight champion and UFC newbie Brian Ortega has tested positive for the anabolic steroid drostanolone following his UFC on FOX 12 first-round submission win over Mike de la Torre according to a report on Sherdog.com.

Ortega, a Gracie Jiu-Jitsu black belt, will now be suspended for nine months, fined $2,500 and his win over de la Torre has been changed to a no contest.

The same report states that the 23-year old Ortega was the only fighter of the 24 fighters one the card to fail his pre-fight urine test, which was administered by a World Anti-Doping Agency (WADA).