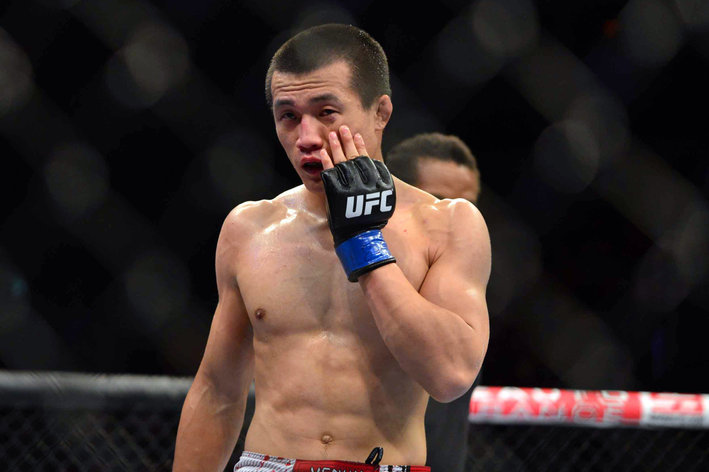 The UFC is actively seeking a new opponent for Akira Corassani following an injury to Chan Sung Jung, which booted him from the upcoming UFC Fight Night 53 mixed martial arts (MMA) event on Fight Pass on Oct. 4, 2014 at Ericsson Globe in Stockholm, Sweden.

MMA In Asia first reported the change and MMA Fighting has the follow up from Jung’s manager:

“Yes, unfortunately, he strained the shoulder that he dislocated in the Aldo fight. No structural damage, he just has to do rehab for four weeks, then the doctors will reevaluate.”

Jung (13-4) scored a hat trick en route to a 145-pound title shot in late 2013. Unfortunately, the 27-year-old “Korean Zombie” was polished off by Jose Aldo at UFC 163 in Brazil and needed a year off to deal with injuries suffered in his loss to “Junior.”

His new return date is undetermined at this time.