An Interview With Robert Whiteford 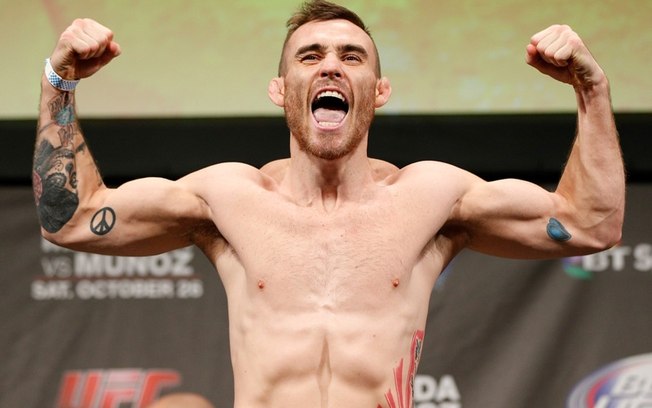 In an MMA UK exclusive we have an interview with Scotland’s finest fighter UFC superstar Robert Whiteford. Not long ago Whiteford ran a competition on his Facebook page giving away a limited edition print. To win it you had to ask a question which would be included in this interview ad we have the final 5 questions including the winning question and we also have questions from some of the biggest MMA pages on Facebook including MMA UK.

Whiteford is busy preparing at American Top Team for his next fight against Dennis Siver at UFC fight night in Sweden and took time out of his busy schedule to talk to us.

MMA UK : Hi Robert, thanks for taking time out to do this interview and we are going to start with your final 5 questions from your fans for your competition where you will pick a winner. question one is from Davie Wood who asks, What does the tattoo mean on your side?

Robert Whiteford: Thank you, tattoos are private to me and represent personal struggles and achievements throughout my life.

MMA UK: Question 2 is from Lexi Birch, Who or what inspired you to start MMA?

Robert Whiteford: A good friend of mine, Colin Baxter. I have spoken about him in previous interviews, he could have been a champion himself. He hits like a train and is so strong.

MMA UK: Question 3 is from Steven Penman, whats your favourite meal to eat after a fight?

Robert Whiteford: I love a wagamamas or a nandos and i am still chasing my black card from them.

MMA UK: Question 4 is from Vicky McNeil, My son thinks your amazing to be doing what your doing and what advice would you give to a young boy who wants to achieve what you have?

Robert Whiteford: Life is about having a dream and following it, there are many important things along the way and at times you will stray from the path but in his mind your boy should cement what he wants to do in life and work towards it. Be relentless, never give up. I know it sounds cheesy as the film is called that lol but never give up – keep pressing forward and be on the front foot with life in general, life waits for no one.

MMA UK: Question 5 is from Colin Nicholas, with yourself and Jojo Calderwood in the UFC already, who do you think will be next from Scotland to enter the UFC?

Robert Whiteford: I am not sure, there are a few great fighters coming up especially within my own team  the Dinky Ninja Fight Team with guys like Stevie Ray and  Shaun Taylor. Both have great records and have fought some tough people and they just have to never give up and there dreams will come true.

MMA UK: Out of those 5 questions what one would you like to be the winning question?

Robert Whiteford: Well done Vicky. It was a great question.

MMA UK: Next we have questions from the best and biggest pages on facebook including MMA UK. First question is from Tim and he represents The Real MMA Talk. Now 1-1 in the UFC and facing your toughest challenge to date, what are you looking to show the fans when you face Dennis Siver?

Robert Whiteford: That i belong in the UFC. I am not here to mess about or to be a gatekeeper for other fighters. I am here to win.

MMA UK: Peter from MMA Strike wants to know who is your favourite fighter of all time?

Robert Whiteford: Muhammad Ali, the guy is an inspiration.

MMA UK: Neilfrom the SFN Expo is asking what are the first steps that somebody should take to get involved in MMA?

Robert Whiteford: Seek out a local martial arts club and get involved, focus on a discipline. Judo was my base but then i moved into MMA. There are many more opportunities now than when i was coming through.

MMA UK: Chris from the SFC page is asking if UFC Scotland gets the go ahead what venue would you want it at?

MMA UK:  John from Martial Arts and Fitness Club is asking what is the most important aspects of training?

Robert Whiteford: All aspects are important but the most undervalued aspect is the mentality. Your mind must be in the right place and there are many talented fighters who don’t have the right mindset and because of this they lose fights they should have won.

MMA UK: Graham from MMA Scotland wants to know would you like to see a Scotland v England TUF series and would you want to coach the Scottish team?


Robert Whiteford: Not something i have thought of. It’s interesting but in global terms it’s small fish. I want to fight on the big Vegas shows and on the main cards challenging for the title. I love the support i get at home but i am not only looking to become a household name in the UK. I want global recognition for me, my fight team and my country.

MMA UK: And finally MMA UK would like to ask if you could fight anyone who would you pick?

Robert Whiteford: Idont pick fights and never will so i am not sure to be honest but i would of liked to have fought in Pride. I am a bit nuts that way but then isnt everyone at this level.

MMA UK: Thank you  very much for the interview and we would like to wish you the very best of luck in your next fight.