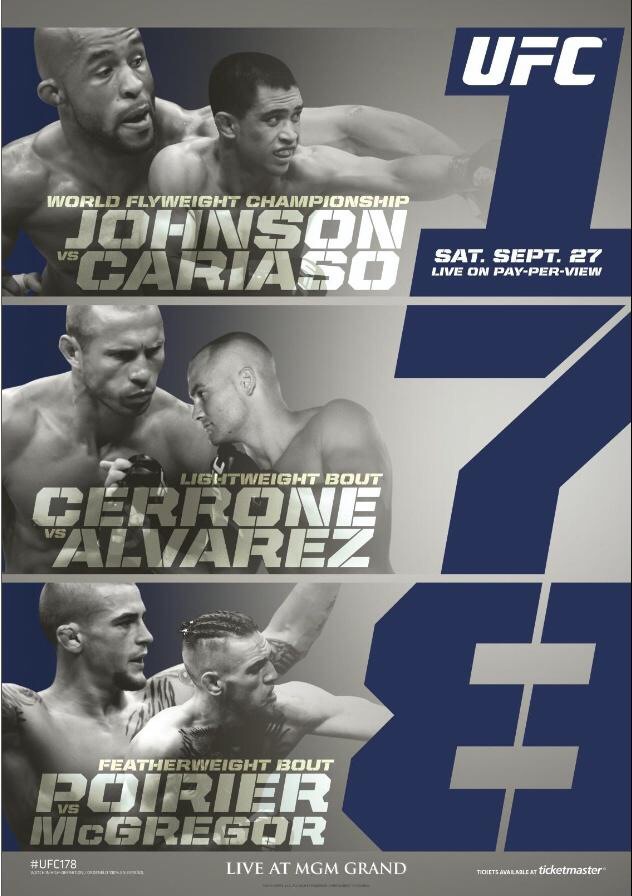 UFC 178 saw a stacked card throughout with many fans debating beforehand about what the true main event was as all 3 of the latter main card bouts could have headlined an event and the fans would have been happy with Demetrious Johnson defending his Flyweight title against the challenger Chris Cariaso, Donald Cerrone welcoming ex-Bellator champion Eddie Alvarez to the UFC and the explosive rivalry between Dustin Poirier and Conor McGregor being settled in the octagon.

One of the biggest stories of the card was the return of former Bantamweight champion Dominick Cruz who is set to close out the prelims against the tough Takeya Mizugaki after almost 3 years out of action due to injury and losing his title in the process,