Jon Jones – I Will Be The Goat 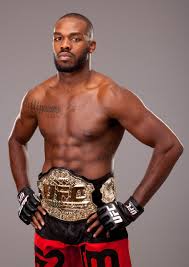 Jon Jones says he will be the goat in two fights time. Those two fights are daniel Cormier and Alexander Gustafsson. After that he will move up to heavyweight.

“As far as being the greatest of all time, I think me beating Gustafsson and DC — how do you argue that? The argument is just gone, you know what I mean? I do believe I have the best résumé in the sport’s history. I don’t think anyone has beaten as many champions as I have. To go on what I’ve already done and beat DC and Gustafsson? I just think no matter who your favorite is, you can’t deny I’m the best in the game.”

“I consider [the Gustafsson] fight a win, but it’s not a win to others. Me beating Gustafsson and DC would be, ‘OK, this dude beat the baddest dudes of the last 10 years. He’s beat them all.’

“There’s always going to be a new guy, right? You beat DC, Gustafsson — now there’s Anthony [Johnson]. Everybody wants to see me against Anthony. But I mean, after those two [Cormier and Gustafsson], I would consider the division cleared.”

“Those two fights and I would consider the division cleared and that’s when you entertain superfights. I’ve been training with heavyweights for years now. I know I would do really good against them, and that would be the next chapter.”

“[Velasquez] would be a hell of a fight, man. It would be a fight of my life. That’s what it’s about, though. I’ve been in one of those fights where I’m bleeding and I’m exhausted and it’s not fun to be a part of. The Gustafsson fight — not fun. I’d be willing to do that for the right champion, though, and the fans.”

Will he become the goat if he wins those two fights?