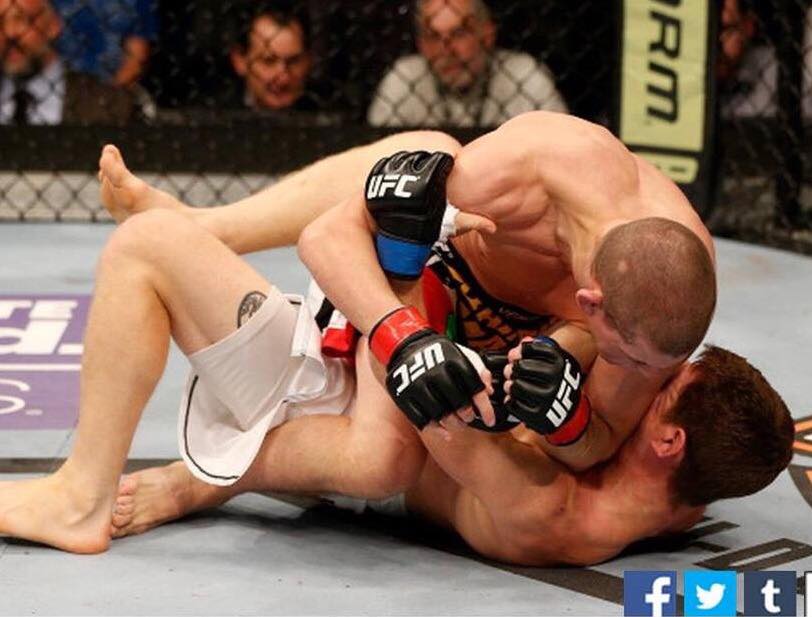 After a scheduled fight with Diego Sanchez at UFC 180 was scrapped, due to Sanchez sustaining a rib injury, Joe Lauzon (24-9) steps back into the Octagon to face the rising lightweight prospect Al Iaquinta (10-3-1) at UFC 183, which takes place on January 31st 2015 at the MGM Grand Garden Arena, which is headlined by a middleweight clash between Nick Diaz and Anderson Silva.

Before the scheduled clash with Sanchez was scrapped, Lauzon was on a 2-fight winning streak, most recently defeated Michael Chiesa back in September, and before that gaining a decision win over Mac Danzig last December.

Iaquinta, who is an Ultimate Fighter finalist, is coming off of the biggest win of his career with his TKO victory over British banger Ross Pearson, a fight where he was widely considered the underdog, the Serra- Longo product surprised the MMA world when he viciously stopped Pearson in the 2nd round of their November clash in Sydney, Australia.

5-1 in his last 6 fights, another high profile win over stalwart Joe Lauzon could see Iaquinta break into the top 15 of the lightweight division.