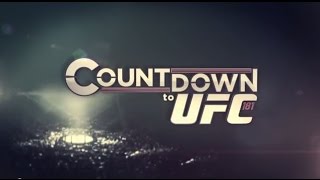 UFC 181 will be held on December 6th, 2014 at the Mandalay Bay Events Center in Las Vegas, Nevada. The Main event features UFC Welterweight Champion Johnny Hendricks who will  defend his belt for the first time as he faces #1 Ranked Robbie Lawler in a rematch from March of this year. The Co – main event features another title fight as Lightweight Champion Anthony Pettis faces number one contender Gilbert Melendez. Both champions will try and make a statement and defend their belts for the first time.

March 15th, 2014 was the date of UFC 171 where Johnny Hendricks(16-2)11-1 in UFC defeated Robbie Lawler (24-10-1)9-3 in UFC by Unanimous Decision to take the UFC Welterweight belt, and now they are going to do it again. The champion has been out of action since then though due to injury but he is finally healthy and ready to  defend his title. When we first saw Johnny Hendricks step inside the cage we saw a man who really defines one punch knockout power. His top of the game wrestling and pressure makes him one of the best at 170 pounds and we will see Saturday if he can solidify that he is the best Welterweight fighter in the world. His opponent in Robbie Lawler has been fighting for over ten years and he looks to be in the best shape of his life. Lawler has always been a guy who is looking to knock your head off, but lately we are starting to see a man who is putting all the tools together. He is starting to look like a true champion and he believes he can beat Hendricks. Both men hold a combine 27 knockouts in their careers so we should all expect a great stand up battle and we will see December 6th, 2014 who will walk out with the Welterweight Championship of the World.

The Co- Main event will also feature a champion defending his belt for the first time as Lightweight Champion Anthony Pettis (17-2) 4-1 in UFC will take on number one contender Gilbert Melendez (22-3) 1-1 in UFC. When you think of unique styles, unique striking and fighter that’s good everywhere Anthony Pettis should always be at the top of the list. Pettis won the Lightweight title in August of 2013 at UFC 164 where he defeated Benson Henderson via first round armbar. Injuries have sidelined the champion since then but now “Showtime” is healthy and ready to fight. His opponent in Gilbert Melendez is no stranger to title fights. As 10 of his last 11 fights have been champion fights, So expect a long hard battle between two experienced fighters. When Melendez came to the UFC he was the Strikeforce Lightweight Champion and he faced champion Benson Henderson to see who was really the best, he came up short that night but now he is back to try and get gold once again. Melendez has always possessed great boxing and a real champion form. He really believes in himself and he will try and shock the world on Saturday in Las Vegas.

The middle fight on the card is a clash of Heavyweights as #5 ranked Travis Browne (16-2-1) 8-2-1 in UFC will square off against Ultimate Fighter Finalist Brendan Schaub (10-4) 6-4 in UFC. Ever since arriving to the UFC Travis Browne has shown championship status. His knockout power and unique fighting style make him a challenge for anyone he faces. His knockout victories over Josh Barnett, Alister Overeem and Stefan Struve show that it is not a good idea to stand and trade with him. If he can start another winning streak we may see him fighting for the title in 2015. His opponent in Brendan Schaub is no stranger to big fights. Over five years in the octagon he has faced a who’s who in the Heavyweight Division. With his crisp boxing, top notch wrestling and improving ground game he is a good test for whoever is standing across the cage from him. His victories over Mirko Cro Cop, Gabriel Gonzaga and Lavar Johnson show that he can hang with the top of the Heavyweight Division and we will see Saturday if he can take out a top five contender and move one step closer to a title shot.

The next fight on the card is also a battle of heavyweights as Todd Duffee (8-2) 2-1 in UFC will be making his long awaited return as he faces Anthony Hamilton (13-3) 1-1 in UFC. When Duffee made his UFC debut in 2009 and knocked out Tim Hague in seven seconds we knew this guy was something special and unique. His power and quickness for a Heavyweight is truly amazing and after some health problems is ready to get back into the octagon after two years and start making a run to the top of the division. His opponent Anthony Hamilton will be trying to get back into the win column by taking out a well known name. Hamilton possesses good striking and always a will to win and a victory over Duffee will prove that he shouldn’t be overlooked and he is ready for top 15 competition.

Kicking off the Main card will be a battle of two explosive Lightweights as Ultimate Fighter Winner Tony Ferguson (16-3) 6-1 in UFC will face off against Abel Trujillo (12-5-1) 3-1-1 in UFC. Since winning the Ultimate Fighter, Ferguson has looked great and out of seven UFC appearances has only loss one time. His constant pressure and unique fighting style make him a handful for whoever is in the cage with him and if he can round up a couple of more wins in a row we will definitely see him fighting top 10 competition in 2015. His opponent in Trujillo is probably one of the toughest challenges Ferguson will face though. With his insane pressure, one punch knockout power and constant movement this fight will definitely be fireworks and maybe even fight of the night. Both fighters will be looking to finish and try and make a huge statement Saturday.