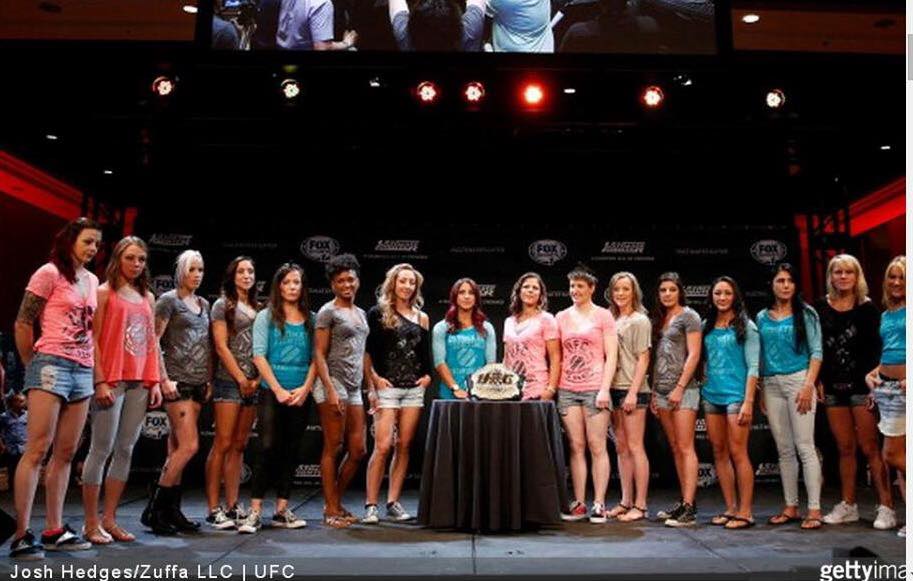 The Palms Casino Resort in Las Vegas, Nevada was the home for The Ultimate Fighter 20: A Champion Will Be Crowned finale. The 20th installment of The Ultimate Fighter was coached by UFC lightweight champion Anthony Pettis and the man he successfully defended his title against Gilbert Melendez last Saturday. The twist this season as one can surmise, the winner of this tournament will be the first ever UFC women’s strawweight champion. Not since season four which was dubbed “The Comeback” that had fighters who once had some success with the promotion, and were being brought back to re-establish their careers, along with the chance of a lifetime in the form of a title shot. Travis Lutter who won the middleweight tournament famously lost his title shot on the scale, and in almost legendary fashion, Matt Serra shook up the MMA snowglobe as he KO’d future all time pound for pound great Georges St. Pierre (technically a KO, but those who watched saw GSP tap justafter the ref stepped in and stopped the fight).

This historic evening for MMA and women’s sport saw Carla Esparaza defeat Rose Namajunas via submission (rear naked choke) in the 3rd round, to be crowned the first ever UFC women’s strawweight champion. History is made so many times in MMA it almost seems hack to point them out, but this is one of those truly groundbreaking moments in the young sport we all know, respect and love, it almost seems criminal to not take a moment and realize the full weight of what happened Friday. Not very long ago at all, we heard the words by Dana White “Women will never fight in the UFC”. Now but for the grace of the divine (or the walking brutality that is Ronda Rousey) another woman can call herself a champion in the worldwide leader of MMA.

Now to the business at hand, the payouts from this December 12 event.

Fight of the Night

Performance of the Night