by Michelle Luce
in UFC
35

Khabib Nurmagomedov took to twitter recently to let his feelings be known on his position in the Lightweight division. Khabib feels that he is the number one contender to fight Pettis next and has stated that he believes the UFC is protecting Pettis from him. Rafael Dos Ajos jumped up the UFC rankings and is now tied with Khabib, after he steamed rolled through Nate Diaz with a stellar performance winning by unanimous decision last Saturday. After the fight Dana stated “As long as Dos Anjos comes out of this healthy, he’s next, Anthony is ready now.” Rafael Dos Anjos has since made his way up the ranking to be tied at the number one spot with Khabib.

Khabib(22-0) is undefeated in his mixed martial arts career with a spectacular record of 22-0, with 6 straight victories in the UFC. Including a winning an overwhelming decision over Rafael Dos Anjos back in April. However, Khabib is still sitting on the sidelines due to a knee injury he obtained in camp and won’t be ready to step back in the Octagon until April or May.

Rafael Dos Anjos has won 8 of his last 9 fights with his only loss being to Khabib, since his loss to Khabib at UFC FOX 11 he has come back to win 3 straight fights beating Diaz last weekend and earning two TKO victories over the former Champion Benson Henderson and Jason high 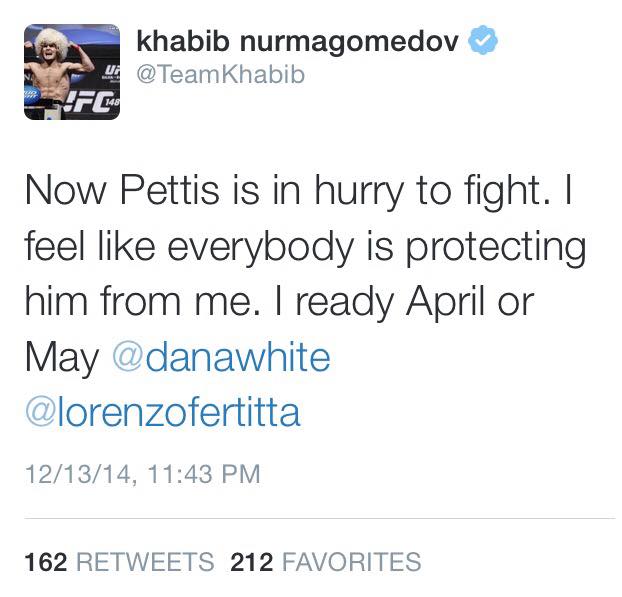 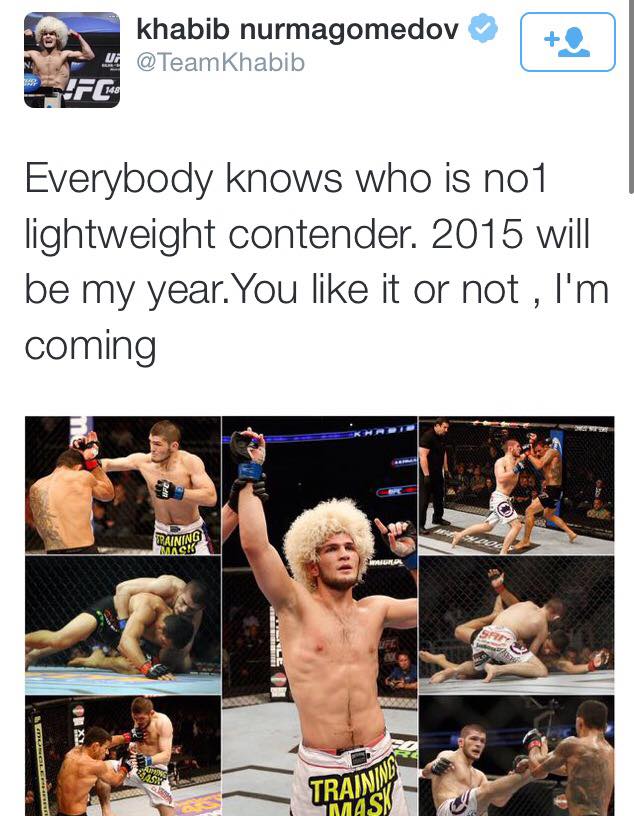