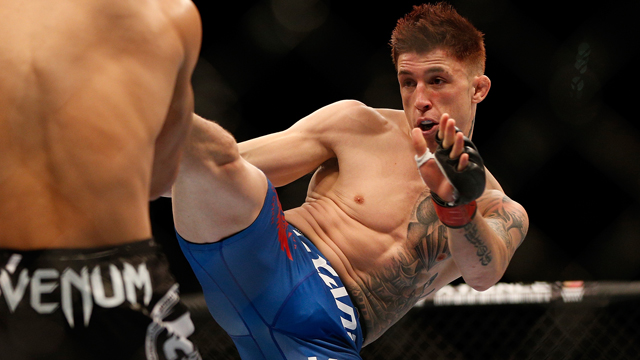 Thousands of Irish fans are expected to make the trip to the United States to cheer on the 29-year-old from Bushmills, a former national champion in judo and freestyle wrestling.

Its been a rollercoaster few months for Norman Parke. Following on from his decisive stoppage of Naoyuki Kotani at UFC Dublin. Parke signed on the dotted line to face Diego Sanchez in the UFC’s first jaunt into Mexico. Somewhere in between he fell foul of a back injury which forced him out of the fight. But things happen for a reason right? Norman got the call from the UFC asking if he would fight on the Boston card January 18th. With four Irish fighters on the card in the home of Irish Americans, its sure to be another huge night for Irish MMA. Originally slated to face ATT fighter Jorge Masvidal, who then also suffered his own back injury. The opportunity was then handed to team-mate and UFC veteran Gleison Tibau.