by MMA UK
in Bellator
32 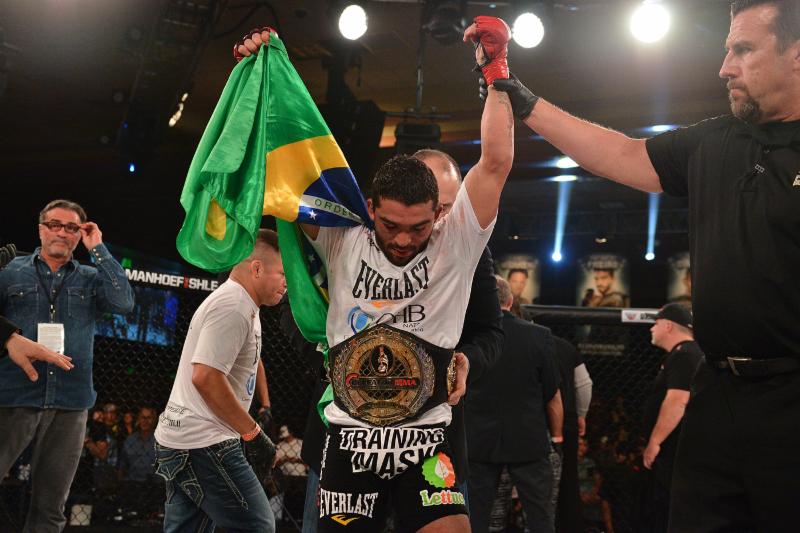 Bellator MMA Featherweight World Champion Patricio Pitbull (23-2) was pushed to the limit by tenacious challenger Daniel Straus (22-6), but in the end, the Brazilian showed a ton of heart and retained his title with a gutsy fourth-round submission win.

Known for his wrestling, Straus showed improved striking skills throughout the bout, as he used his reach and quickness to frustrate Pitbull and open a cut over the champ’s right eye. But Pitbull refused to relent his title and used a late fourth-round takedown to work himself on to his opponent’s back, where he sunk in a rear-naked choke that ended the fight with just 11 second left in the round.

“I knew he’d come out striking,” Pitbull said after the win. “He’s a former world champion and one of the best strikers on the planet.

”I stuck to my game plan and showed why I’m the champion. AND STILL!”

The two-time D1 All-American Jenkins went quickly to his preferred attack, looking for the takedown, but Karakhanyan was waiting with the perfect counter: a guillotine choke.

Karakhanyan missed on his first attempt at the hold, but when they returned to the feet, Jenkins again looked for the takedown but left his neck behind. Karakhanyan happily cinched up the hold and put Jenkins to sleep with a spectacular finish at the 1:49 mark of the first.

Karakhanyan said he looks forward to the opportunity to erase the frustration of a 2011 loss to Pitbull.

”I’m very excited that I’m getting a title shot,” Karakhanyan said. “I’d love to fight Patricio and get my revenge.”